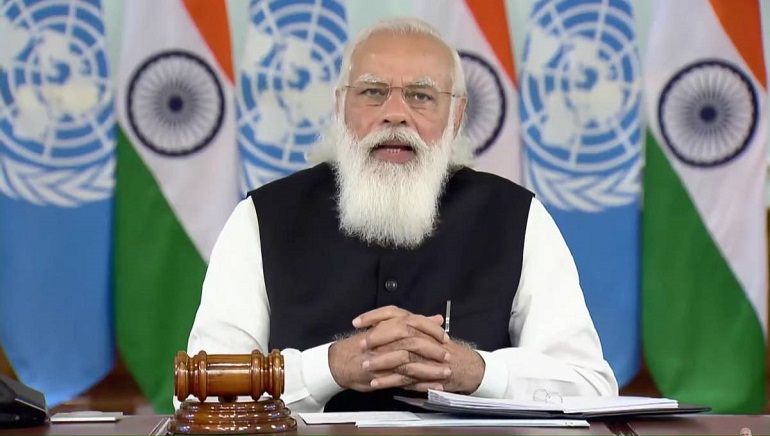 First time ever an Indian Prime Minister Mr. Narendra Modi chaired the first-ever independent discussion on maritime security in the UNSC. On Monday, India held its first major activity during its presidency of the global body in which China was snubbed by the UNSC regarding its sea convention.

China showed its displeasure by sending the deputy permanent representative Dai Bing to the meeting and its overcoming reluctance towards the unprecedented India-led UN security council session. The session highlighted the primacy of the United Nations Convention on the Law of the Sea (UNCLOS) which sets out the legal framework that is applicable for the activities in the oceans. It includes illicit activities at the sea.

China’s actions towards the South China Sea and the East China Sea, island-building, and bullying of countries by its fishing militia show its aggression towards occupying the sea. The Permanent Court of Arbitration (PCA) in 2016 ruled it illegal but Beijing has continued undeterred which raises concern on an international level. China lashed out at Japan in the debate for emptying Fukushima water into the Pacific as it asked ASEAN countries to work out a code of conduct. US Secretary of State Antony Bliken criticized China’s action in the South China Sea.