Israel’s Airspace Is Opened To ‘All airlines’ By Saudi Arabia 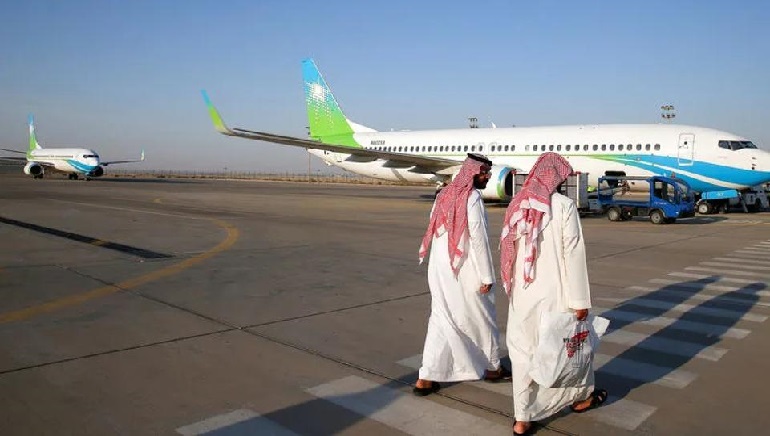 Israel’s Airspace Is Opened To ‘All airlines’ By Saudi Arabia

On Friday, in an apparent gesture of openness towards Israel ahead of US President Joe Biden’s visit, Saudi Arabia lifted restrictions on “all carriers” using its airspace.

The US president praised Riyadh’s “historic” decision, the latest conciliatory move concerning the Jewish state, which Riyadh has refused to recognize despite Israeli efforts to establish ties with the Arab world.

In a statement on Twitter, the Saudi civil aviation authority stated that it has decided to open its airspace to all airlines meeting the requirements for overflying its airspace.

In addition to efforts to expand the Kingdom’s role as a global hub connecting three continents, the decision was made “to complement the Kingdom’s efforts”. US National security Adviser Jake Sullivan said in the statement, “this decision is the result of the President’s persistent and principled diplomacy with Saudi Arabia over many months, culminating in his visit today”.

The White House had hinted to the Arab world that more nations could pursue relations with Israel before Biden’s arrival in Israel at the end of his Middle East trip on Wednesday, raising speculation about whether Riyadh would reconsider its long-held stance of not establishing formal bilateral relations until the dispute with the Palestinians is settled.