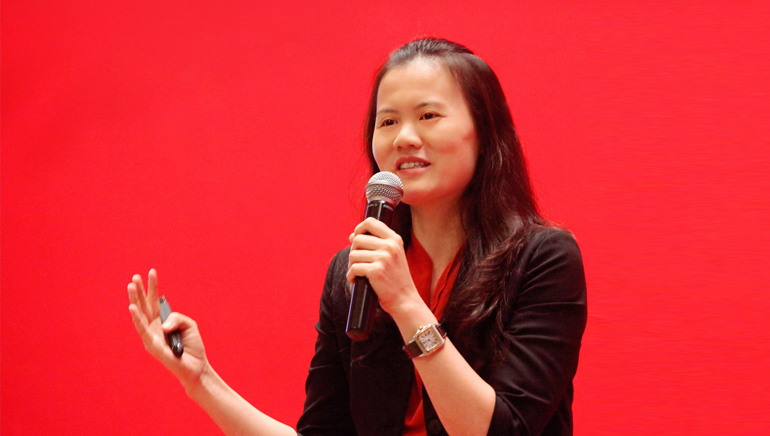 You can learn a thing or two on becoming a roaring success from Lucy Peng! One of the founders of the Chinese e-Commerce business cluster, the Alibaba Group, Peng is ambitious and dogged, and her intelligence makes her one of the remarkable businesswomen of her generation. She knows the magic of thinking big, and has made the Alibaba Group one of the fastest expanding stand-alone e-commerce company. Peng’s stellar performance has been well received by the people across the world.

Though Lucy Peng started her career as a teacher, destiny made her choose something else. After earning a degree in Business Administration from Hangzhou Institute of Commerce, Zhejiang Gongshang University, she taught Economics for a brief period of time, but with the Internet making inroads into China, she was attracted to Alibaba and joined it as one of the founding members.
Under Peng’s guidance, her company is charting new territories, and with her innovative ideas and new initiatives she has sent the Alibaba’s cash register ringing!