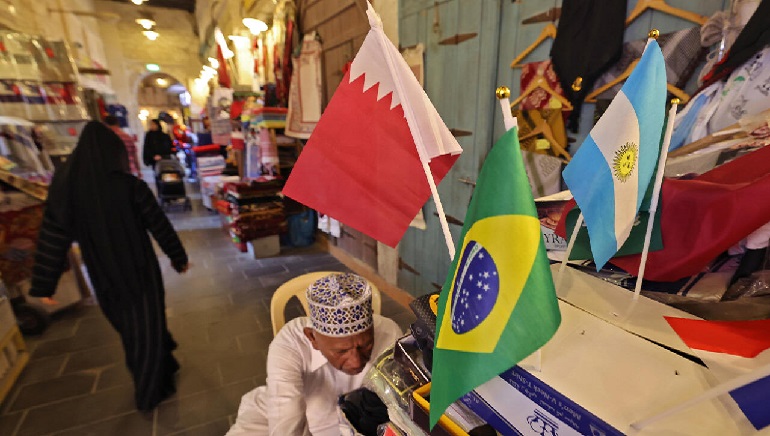 Traders in Qatar eagerly await World Cup fans, as crowds are already growing as the World Cup excitement goes up. Boxloads of souvenirs and artifacts arrive daily in Doha’s Souq Waqif market, containing wooden camels, plates with pictures of Qatar’s skyscrapers, gold necklaces, Football hats, and scarves. The narrow alleys of the 100-year-old market will be an attraction for the one million football fans expected at the tournament.

Qatar will be hosting the 2022 FIFA World Cup, scheduled to take place from 20 November to 18 December 2022. This will be the first World Cup ever to be held in the Arab world.

Billions of dollars have been spent on a new metro and infrastructure that has given the city a dramatic change in look. Many new resorts have been built outside Doha. Qatar wants to use the World Cup to prop up a campaign to increase the number of tourists from 1.5 million a year to six million by 2030.

“There will be huge crowds. We have never experienced anything like this,” said Abdul Rahman Mohammed Al-Nama, head of the souq stables that organizes camel and pony rides. “Inshallah (God willing), we are ready.” Press reports said stores will be allowed to remain open 24X7 during the World Cup.