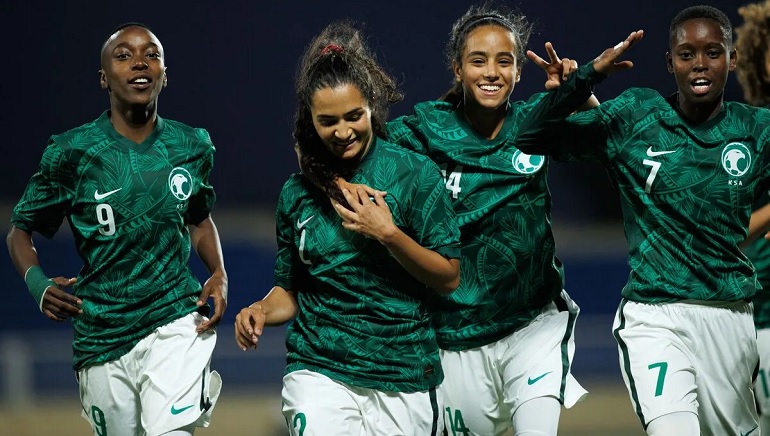 The Saudi Football Association will host an international women’s friendly tournament from January 11-19, where the matches will be held at Prince Saud bin Jalawi Stadium in Al-Khobar. The tournament will have four participating teams from Pakistan, Comoros, Mauritius, and Saudi Arabia.

The tournament is part of the goals of the Women’s Football Department of the Saudi Football Association (SFA) to develop the women’s first team, which was launched last year.

Lamia bint Ibrahim bin Bahian, member of the board of directors at the SFA and general supervisor of women’s football management, said that women’s football in the Kingdom has seen great development in recent months. There has been development of local competitions and regional training centres for girls, which help in the discovery of new talents. She added that the SFA has put all capabilities into developing women’s football under the Saudi football transformation strategy.

In the past three years, Saudi Arabia has invested significantly in women’s football, from grassroots player development through to the establishment of a first women’s national team, which will soon qualify for FIFA rankings for the first time.