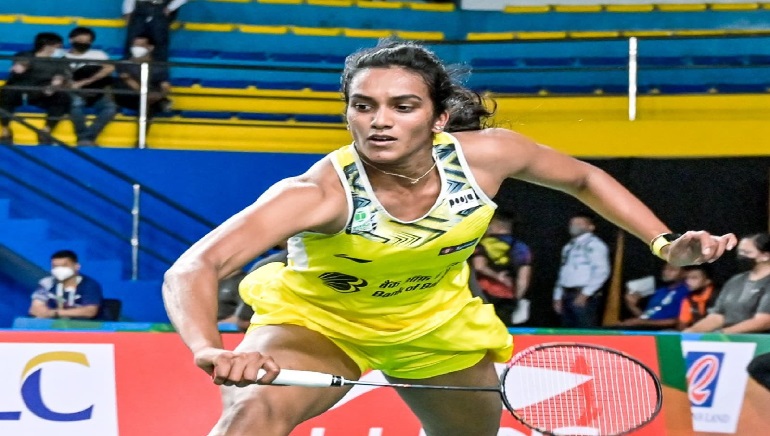 P.V Sindhu and Saina Nehwal, two stalwarts of Indian badminton, faced different fates at the Malaysia Open Super 750 tournament, with the former advancing to the second round and the latter crashing out after losing her opener.

In 37 minutes, Sindhu defeated Thailand’s world number 10 Pornpawee Chochuwong 21-13 21-17, but London Olympic bronze medalist Saina lost to the 33rd-ranked American Iris Wang 11-21 17-21. In the next round, Sindhu will face Phittayaporn Chaiwan, a 21-year-old from Thailand who ranked number one in the world junior rankings and participated in the Uber Cup team.

Parupalli Kashyap, a former Commonwealth Games champion, advanced to the second round of singles after defeating Korea’s Heo Kwang Hee 21-12 21-17. In March, Kashyap won the German Open Super 300, a tournament in Thailand’s Kunlavut Vitidsarn, ranked 39 in the world.

Sumeeth Reddy and Ashwini Ponnappa, who will lead India at the Commonwealth Games, couldn’t beat Robin Tabeling and Selena Piek, ranked in world numbers 21 and 22 respectively. A 5-3 head-to-head record exists between Sindhu and Chochuwong, with the Indian winning their last meeting at the 2021 World Championship.