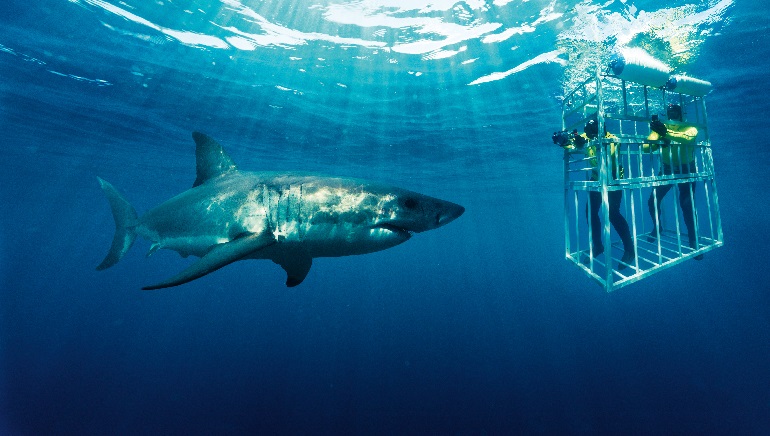 KwaZulu-Natal is home to the Drakensberg mountains (the Zulus call them the ‘Barrier of Spears’) in the uKhahlamba-Drakensberg Park, a natural and cultural World Heritage Site owing to the mountains’ rock art and natural beauty, and a popular destination for local and international tourists alike. The mountains offer dramatic views and outdoor activities, and are an important cultural resource, containing many thousands of works of San rock art that date back to the late Stone Age.

Travellers can go to Drakensberg during the weekend, to stretch their limbs and indulge in outdoor activities like hiking, biking, hot air ballooning, helicopter rides and horseback riding trips into the mountains.

Inland from the Cape’s famous Garden Route, travellers will find Oudtshoorn – popularly known as the ostrich capital of the world. The town is home to several interesting attractions like Cango Caves with its truly grand stalactite and stalagmite formations and Cango Wildlife Ranch, which offers thrilling crocodile-cage dives. It is also one of the few places in the world to enjoy a meerkat safari.

GO ON A BIG 5 ADVENTURE IN LIMPOPO

Known for its huge rivers, splashing hippos and immersive culture, Limpopo is one of the most interesting, and abundant provinces in South Africa. Here you will find vast open spaces with wildlife galore and breathtaking mountainous landscapes covered in mist. With seven of South Africa’s eleven official languages being spoken here, travellers stand a good chance of meeting people from a majority of the country’s ethnic groupings.

The region is also endowed with a remarkable number of game and nature reserves, housing the one of the country’s highest population of rhinos and a multitude of elegant antelope species. With Kruger National Park – the largest national park in Africa – situated here, this province can easily be termed the ‘mecca of wildlife.’ For some reason, the wildlife seems bigger and more exciting in this place of strong, gushing waterfalls, enormous trees, open sky, and never-ending bushland.

Sodwana Bay is located on the east coast of South Africa, in one of the most unique and unspoiled parts of the world. Sodwana’s spectacular coral reefs in a national marine protected area are among the southernmost in the world, and are a scuba diving and snorkeling mecca. Note to all those keen about fishing: game fish abound.

BUNGEE JUMPING IN THE EASTERN CAPE

The highest commercial bridge bungee jump in the world at the Bloukrans Bridge has a 216 meter gorge below. It is one of the ultimate activities to feature on any adrenaline seeker’s bucket-list while visiting South Africa. The growing popularity is evident by the fact that 12000 Indians jumped off the Bloukrans Bridge in 2017, making Indians the 3rd highest participating nationality for the activity.

Great White Shark spotting is one of the biggest draws to South Africa. A trip to Rainbow Nation is incomplete without attempting the hair-raising shark-cage dive. In fact, Indians are the top 3rd nationality to undertake Shark-cage diving in South Africa. Gansbaai in the Western Cape is often credited as a hub for shark-cage diving, with multiple shark cage-diving outfits operating through the town. You could also explore options at Simon’s Town, Mossel Bay, Dyer Island, Seal Island, and Port Elizabeth, among other places.

THE WILD SWING AT ORIBI GEORGE

The highest gorge swing in the world is located on a waterfall cliff in the Oribi Gorge in southern KwaZulu-Natal Province of South Africa. Lowveld is full of adventure highs and Graskop’s gorge swing takes the cake. Prepare to free fall 68 metre, plummeting 0-160 km/h in 3 seconds, swinging out like a human pendulum across the gorge – the views are spectacular and so is the
after-rush.

There’s nothing quite like drifting silently over an ancient landscape searching for the Big 5, while taking in the panoply of game on show. There’s a dazzle of zebras prancing along there; a journey of giraffes; there a crash of rhinos. Because you are above the animals, they take no notice of your flight and you can watch them going about their business undisturbed.

At 55 000 hectares, Pilanesberg is South Africa’s fourth-biggest game reserve – it lies in the eroded ring dyke of a 1.2-billion-year-old extinct volcano that once towered 7 000m above the plain. Tradition requires that a hot air balloon flight ends with a toast of sparkling wine. Say cheers to a good time!

HELICOPTER FLIPPING IN THE MIDLANDS

South Africa also offers a multitude of luxurious helicopter rides. Take a helicopter flip for a change of scenery and enjoy a view of the entire countryside in a single trip before choosing your drive-to destination, or swoop low over the ocean on a coastal flip and watch the dolphins at play in the breakers below.

Helicopter tours with a destination beyond Cape Town might include wine tasting or whale watching, while a similar trip in KwaZulu-Natal offers a visit to the scenic midlands or a Drakensberg helicopter tour to visit exotic and breathtaking destinations like Cathkin Peak, Vultures’ Retreat, Cleft Peak and the Organ Pipes.

Ziplining in Mpumalanga is fun, fast and furious, for anyone with the nerve to try it – although safety remains paramount, so even if you’re the nervous type, you might find the thrill is worth the leap of faith. You don’t need any special athletic skills or to be Iron Man-fit, you just need a little
courage.

Experienced guides will give you step-by-step instructions before you climb the 55 metres to the platform (take time to admire the gorgeous view). You are then strapped into a harness and hooked up to a zipline 450 metres long. Now, hold your breath – don’t close your eyes – leap over the edge, and away you go, hurtling down the cable at 90km/h. At the end of that exhilarating zipline – also called a zip slide – you’ll feel on top of the world.

Gqeberha (earlier known as Port Elizabeth) houses South Africa’s third largest national reserve where travellers can watch hundreds of African elephants roam around freely, making it a great safari experience. The Addo National Park also has a thriving marine life and rich flora and offers the only Big 7 safari options in the world. This safari is a combination of marine safari searching for sharks and whales and the famous Big 5 safari. Port Elizabeth also includes Nelson Mandela Bay where one can find Route 67 – a collection of 67 art pieces celebrating the years Nelson Mandela devoted to public life.

A 90-minute drive from Cape Town, the West Coast is a local favourite for a restorative weekend away. Travellers can hike, explore bike trails through fynbos (small belts of natural shrub land), or visit the icy waters of Langebaan Lagoon for kayaking and sailing. West Coast National Park is great for spring wildflowers (between August and September when the blooms are at their peak). Southern right whales can be viewed between August to November.

BE BLOWN AWAY BY THE PANORAMA ROUTE

Your visit to the Rainbow Nation would be incomplete without a drive along the Panorama route. With some of the most unique and breathtaking scenery, the highlight of the route is the Blyde River Canyon: one of the longest chasms in the world, consisting of spectacular geological shapes and the most stunning scenic views of the country.

Surfing is synonymous with South Africa, which is not surprising when one considers that we have 2000 km of coastline on which to search for a wave. Add to this mix ideal weather for the greater part of the year, and it’s not surprising that so many talented surfers have emerged from South Africa to take on the world’s best. A surfer’s life has its perks – the thrill of the waves, admiring glances, tanned bodies and a brotherhood that links surfers worldwide – so while you’re visiting, why not become part of the vibe? In the Eastern Cape, Jeffreys Bay (known universally as J-Bay) is the home of the legendary long right. J-Bay is where reputations are built and destroyed. You can also take a road trip to the scenic Eastern Cape to watch the pros carve up classic waves at Supertubes, Boneyards or The Point. Every single day in South Africa is a brand new adventure!