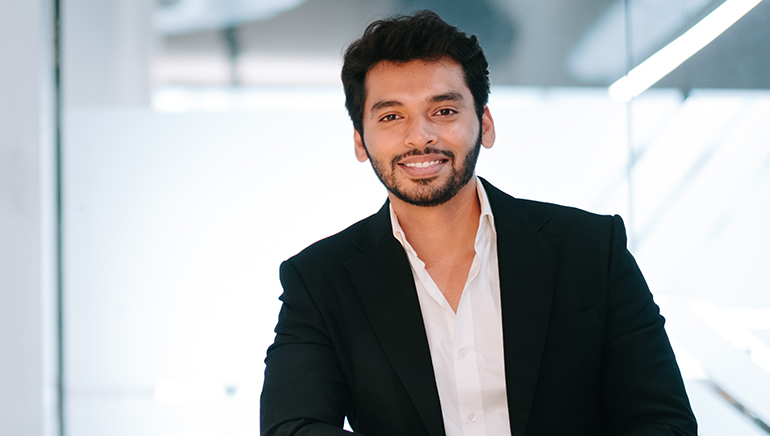 After completing his Honor’s Degree in Mechanical Engineering from the University of Liverpool in 2010, Tejas joined his family-owned business Jayalakshmi Group, which has a strong foundation in commercial real estate, warehousing, and renewable energy sector. When he joined the group, they had roughly 50,000 square feet of Commercial assets under management at the outset, with a couple of high-profile IT tenants.

Between 2010 and 2014, with his unwavering efforts, Tejas built and added 90,000 sq ft. of assets with clients ranging from Fintech, Data Centers, Medical Research, and E-commerce. After establishing a foothold in the commercial real estate sector, the young leader focused on expanding into the coworking sector. Under his direction, JG began exploring the coworking segment in 2017, beginning with a 3,000 sq ft pilot project that has now grown to a massive 63,000 sq ft and is still growing. His coworking space strategy was to cater to 90% MNCs and 10% start-ups, allowing the group to secure consistent revenue in a turbulent industry.

Tejas is an ecologically concerned leader who seeks long-term solutions to reduce carbon emissions while shifting to a clean energy economy. Under his proactive leadership, the group entered the renewable energy industry as a separate wing of JG, where it produced 2MW of wind energy for captive and non-captive use, thereby, reducing the group’s overall carbon footprint. This thoughtful initiative not only aided in the creation of a diverse portfolio for the firm but also contributed to the profitability of this segment of the business within the second year of its inception. His desire to create and offer the best real estate product led him to blend sustainability and efficiency in his designs, resulting in a one-of-a-kind customer experience for the clients. His green initiative has aided in the development of a brand image for sustainable office space design besides setting the standard for all future projects.

His passion for green energy has earned the group nationwide recognition. In 2017, JG was nominated for Design & Architecture Award 2017 by NDTV in the interior office category. In 2019, Tejas took charge of the most ambitious project to date: the development of a 5,00,000-square-foot tech park in Bangalore to be known as JTP (Jayalakshmi Tech Park). “We made this a Gold standard LEED certified project due to our strong interest in environmental sustainability,” he says. Around 350 trees will be planted inside the tech park as part of the project and ensure carbon positive environment.

Even though COVID-19 has impacted the realty sector, his flexible leasing strategies have helped JG to stay cash flow positive during these tough times. During the pandemic, the company not only maintained a steady revenue without shrinking but also successfully increased its client base by 18%, resulting in a 22% rise in overall revenue.

An accomplished business leader, environmentalist, as well as a philanthropist, Tejas never fails to stun us with his intriguing multifold characteristics. By making every aspect of the business sustainable, the leader has been driving positive change for all. He credits his success to his family members, who have always pushed him to follow his heart and value quality over profit margins.