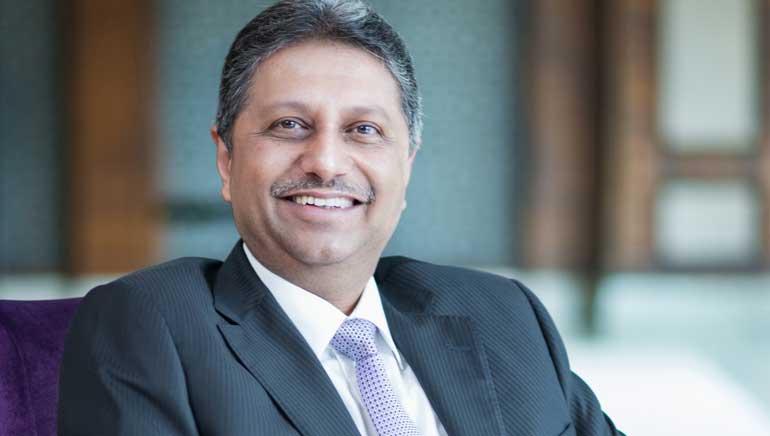 Having charted an illustrious career spanning more than 3 decades in the field of real estate, corporate finance and treasury management, Mr. Khushru Jijina is simply talent personified & is efficiently spearheading the financial services business of the Piramal Group BY RICHA SANG

An accomplished Chartered Accountant, and successfully serving as the Managing Director of Piramal Finance Limited and Piramal Housing Finance Limited, Mr. Jijina has been associated with the Piramal group since the last 17 years, and focuses on funding opportunities within real estate and non-real estate sectors such as renewable energy, infrastructure, auto ancillary, cement and others. Under his leadership, Piramal Finance effectively funds across the entire capital stack ranging from early stage private equity, structured debt, senior secured debt, construction finance and Flexi Lease Rental Discounting within real estate and mezzanine funding, as well as senior secured debt, loan against shares and corporate funding within non-real estate on a sector agnostic basis. Enabling access to smaller corporates who are usually not covered by traditional wholesale lending channels, the platform has also piloted an expansion into lending towards Small and Medium Enterprises (SMEs) with the formation of an Emerging Corporate Lending group. He is overseeing the entire spectrum of activities ranging from origination, investments, asset management, exits and new fund raising performed by an efficient team consisting of more than 400 members. In addition, Mr. Jijina also leads the family office for all proprietary investments.

Hailing from a business family, Mr. Jijina always had a natural inclination towards business and during his childhood, he drew inspiration from his uncle who was in the theatre business & was known to make quick, decisive calls. Being greatly influenced by the decisive nature of his uncle, he intended to imbibe the same quality from a very young age. Coincidentally, this was further reinforced in his early interactions with Mr. Ajay Piramal as well who always maintained that the worst decision was not to take a decision and Mr. Jijina vehemently believes that his words ring true to this day. In the long and illustrious career that ensued at the Piramal Group, Mr. Jijina has always considered himself to be fortunate to have worked in such close quarters with Mr. Ajay Piramal, constantly seeking his guidance & mentorship as he applied himself across various business verticals of the Group.

Receiving unconditional support from his family – which has been a part of his corporate journey and decisions he had taken – has been a major determinant of his success. Holding his team in high regard, which has grown from 25 people to well over 250 on the wholesale platform and an additional 150 members in the retail housing finance foray, Mr. Jijina truly believes that each and every member of his team is also a part of his family and he must act as an able and responsible leader and a constant source of support and guidance to their ability and aspirations. Feeling blessed to be able to work with a group of such motivated people, he looks forward to achieving many more accolades and success together.

After completing CA, Mr. Jijina joined Rallis (a Tata Group company) as an Internal Auditor and then moved across to Group Treasury. This was not a seamless transition but Mr. Jijina was able to prove his mettle as he has always believed in challenging himself and stepping up to meet any responsibility. His role in Group Treasury required him to be aggressive in manner and thought as he was dealing with multiple banks and bankers. He also considers it a matter of great fortune to be able to have spent a great deal of time working internationally during his stint, most frequently in Israel dealing with Israeli businessmen who are known to be tough negotiators and values this phase as a significant learning term.

Today, the wholesale finance business, with Mr. Jijina at the helm, spans assets under management of close to 50,000 crores, through a constant journey of innovation and thought leadership and occupies a position of scale & relevance in each of its target markets, & across sectors. Apart from efficiently handling Piramal Fund Management, a third-party fiduciary business, involved in advising institutional and retail investors alike through opportunistic residential development as well as customized fund management strategies such as the Mumbai Redevelopment Fund, focused on slum rehabilitation & the Apartment Fund focused on bulk buying individual units, Mr. Jijina has also been instrumental in establishing large separate account mandates and joint ventures with reputed global institutions such as APG, CPPIB and Ivanhoe Cambridge. Considering the size, scale and market relevance of the wholesale lending business, the progression to assess opportunities within the retail lending space happened naturally. In this regard, Piramal Finance has recently announced its intention to set up a retail housing finance vertical under Mr. Jijina’s leadership and applied to the National Housing Board for obtaining a Housing Finance Company license.

To build social consciousness and give back to the society, Mr. Jijina has played a significant role in initiating the concept of the ‘Social Cell’ in Piramal Finance, which is responsible for planning and execution of volunteering activities engaging a large number of volunteers. The ‘School Paint Project’ was their first launch project where volunteers ideated, drew and painted various educational concepts, cartoons, and graffiti on the walls of municipal schools. Thus, the corridors of each floor of the school were painted with various bright colors expressing different messages and concepts and in turn the volunteers were successful in building a sense of community and belongingness towards the school by making it inclusive, welcoming and artistic.

THE ENRICHING WORDS OF WISDOM

Valuing integrity and the values on which the premise of the Piramal Group is laid namely Knowledge, Action, Care and Impact, Mr. Jijina stresses upon the Group’s Motto of ‘Doing Well and Doing Good’. Vehemently believing in the fact that limitations only exist in the mind and can be overcome with sheer will and tenacity, he feels that the younger generation today must seek to challenge the norms constantly. Encouraging the youth to take a very long term view when starting out in their professional lives and careers, Mr. Jijina stresses upon the need for the prioritization of the work ethic, conduct and integrity as the sole means to leave behind a lasting legacy.

Piramal Finance Limited has received several accolades under Mr. Jijina’s exemplary leadership, including the Best Domestic Fund House by CNBC Awaaz in 2014; the Best Overall Investment Manager (India) by Euromoney’s Real Estate Awards for 3 years in a row – 2015, 2016 and 2017; and the Firm of the Year by the PEI Global Private Equity Real Estate Awards in the years 2014 & 2016.