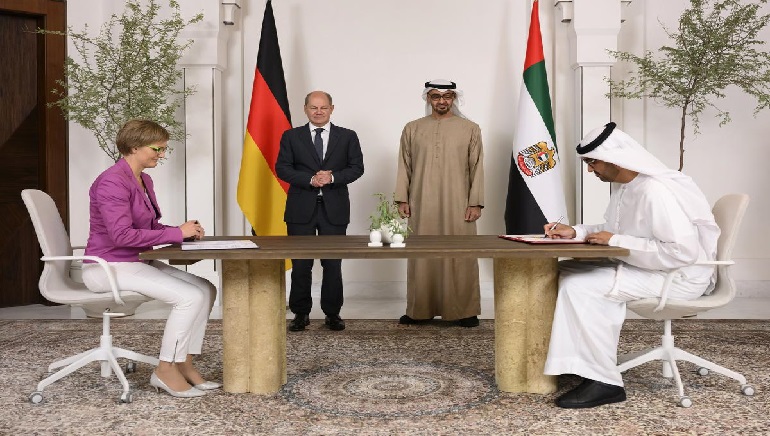 The report added that Abu Dhabi National Oil Company (ADNOC) signed an agreement to supply liquefied natural gas (LNG) to German utility RWE. ADNOC will process the first shipment later in the year for use in the trial operation of a floating natural gas terminal in Brunsbuettel.

Amid Russia’s cessation of gas deliveries to Germany and surging energy prices in Europe, Scholz visited the region to acquire alternative supplies for his country’s energy-starving economy.

During a stopover in the UAE capital of Abu Dhabi on Sunday morning, the chancellor signed a deal for delivering 137,000 cubic meters of LNG, which is supposed to arrive in northern Germany late in 2022. The gas deal is part of a broader “Energy Security and Industry Accelerator Agreement” between Germany and the UAE, which “will enable the swift implementation of strategic lighthouse projects on the focus areas of renewable energies, hydrogen, LNG and climate action,” Scholz said.