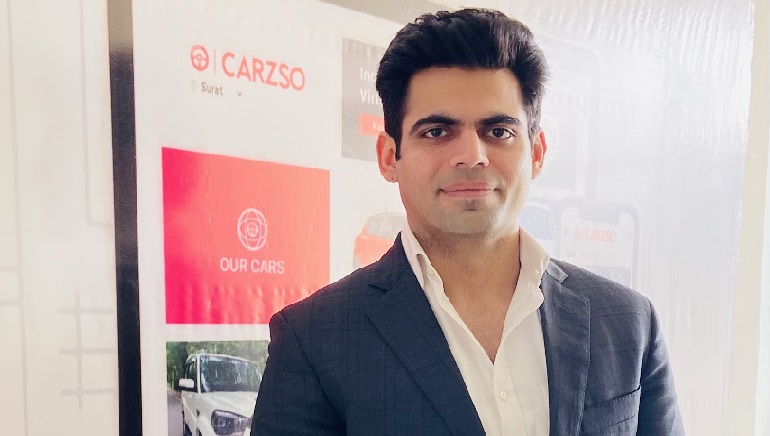 Mr. Vaibhav is an innate leader and a visionary who has carved his own route to success in the realm of entrepreneurship. He is organized and likes planning and strategizing to minimize the scope of hits and misses. His entrepreneurial journey began when he was merely 19. He became a Chartered Accountant at the age of 22.

At a very young age, he started working towards enhancing his knowledge about the US IPO, Listing processes, and M&A deals. At the nascent age of 25, he built his first tech start-up in the field of healthcare, which later helped him build CarzSo. With his unswerving perseverance and constant support from his family and friends, he established a successful meta virtual store for the automobile industry. His passion, dedication, and self-belief have played a key role in CarzSo’s grand success.

Mr. Vaibhav has a very methodical and persuasive approach towards life. He competes with none but himself, and strives to be a better version of himself every day. From being a Group CFO at 27 to becoming the Founder and CEO of India’s First Meta Virtual Showroom, he has shown extraordinary leadership skills. His ability to mobilize the team on the ground and motivate them to always bring out the best in them has helped CarzSo to reach where it is today. He believes that a fun work environment and defined lines of hierarchy help enhance productivity in an organization. With the help of Mr. Vaibhav’s ideologies and optimism, CarzSo plans to go pan India as they scale up.

CarzSo is digitizing the auto retail industry by launching meta virtual auto showroom. With the help of VR technology, now anyone can take a test drive of multiple cars. It is possible because of the organization’s futuristic approach that allows customers to walk around and test drive cars irrespective of their location and proximity to the vehicle of interest.

Although CarzSo was founded before the COVID-19 pandemic, their entire business model revolved around minimalistic human touch. Mr. Vaibhav believes if each and every organization contributes to changing its system, the world would be a lot better. Therefore, they are continuously working towards avoiding unnecessary travel by providing cars virtually. It helps to save customers’ time, fuel, ensures their safety during the ongoing pandemic, and decreases pollution. The main focus of CarzSo is to be the best at customer service.

Mr. Vaibhav is working towards expanding his organization’s presence and diversifying into new cars and electric two-wheelers. To begin with, he intends to create satellite showrooms in many North Indian cities, with an emphasis on rural areas and tier 2 and 3 cities. During the next fiscal year, CarzSo wants to open three superstores and twenty satellite stores to promote the virtual buying and selling in the automotive industry. With this bold new move of offering an entirely new experience of buying and selling cars across India, CarzSo is also creating job opportunities for young graduates. The objective is to help them find employment where they live and save on the cost of migrating and settling in a new city.