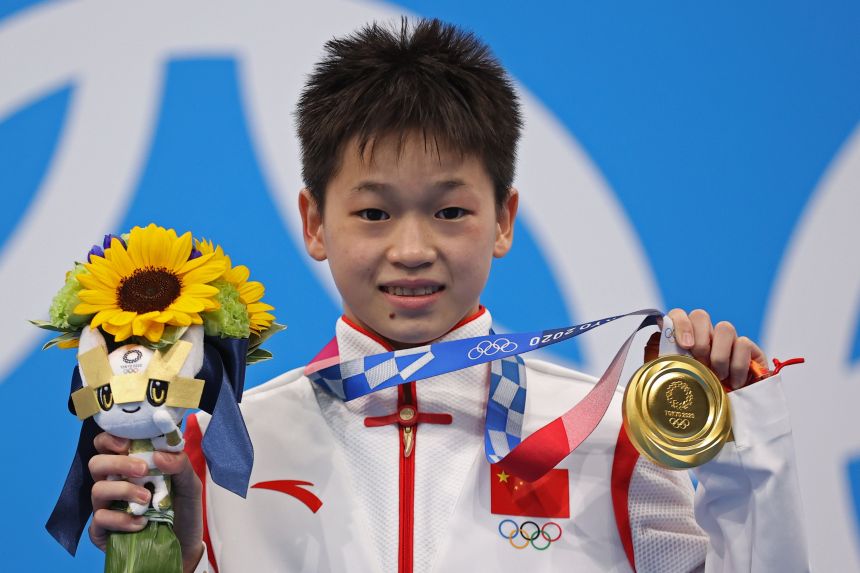 The new teenage sensation Quan Hongchan becomes the youngest athlete to represent China at Tokyo Olympics. Quan is only 14-year-old and won her first Olympic gold. Her overwhelming victory in the women’s 10m platform event stunned the world.

Quan was able to collect full marks for three out of five dives as China completed on 1-2. She finished with a lead of 466.20 much ahead of the world champion Chen who was at 425.40. 29-year-old Melissa Wu from Australia won the bronze for 371.40. Quan’s another gold gave China the pride to own all four women’s diving events at the Tokyo Games. In the first round Quan and Chen were on the same scoreboard but Quan’s perfect -10 score gave the lead to her in the second round. She received her 10 from all the seven judges. In her fourth round also she won her second set of 10 and in the final round she received 10 from six judges and 9.5 from one judge.

Surprisingly Melissa Wu won her first ever Olympic gold medal at the Beijing Olympics in 2008 when Quan was just eighteen months old.