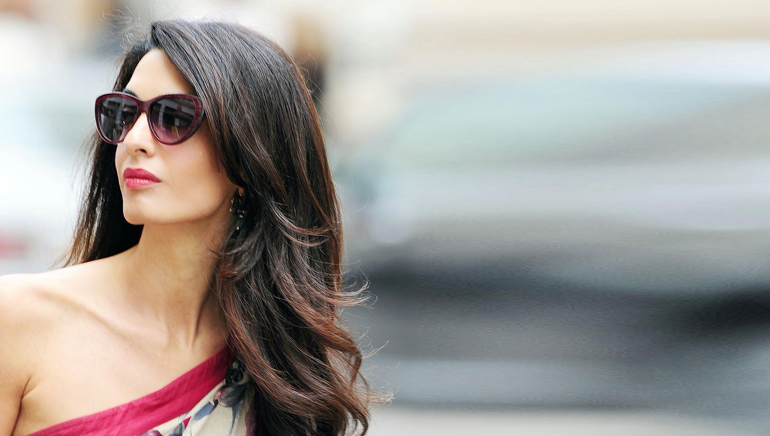 Remember the lady that made George Clooney to believe in the institution of marriage… again! Yes, Amal Ramzi Alamuddin it is. The world witnessed panache when the famous Hollywood actor George Clooney and thriving Lebanese–British attorney Amal Alamuddin got married in 2014. And the magic began!

She currently serves as a Barrister at Doughty Street Chambers, England. Born to an American University professor Ramzi Alamuddin and Baria a veteran journalist, she moved to London to sneak out safe from the Lebanese Civil War.

A bright student that she was, she earned herself a scholarship to attend the Oxford University back in 1996. She started her career in an international law firm based in New York City, and soon became a part of several UN Commissions. Her excellence at work may be judged from the fact that she is the legal adviser of the King of Bahrain.
Despite being engrossed in solving one legal case after another, she never skips to step out in style. George Clooney’s words “Amal, whatever alchemy it is that brought us together, I couldn’t be more proud to be your husband”, sums up Amal Alamuddin’s entire personality as a woman of substance.