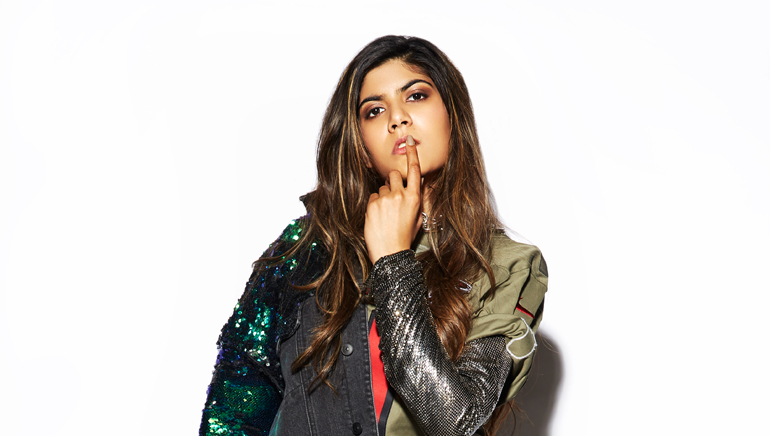 Apart from being a karmayogi, who is living the dream, she is driven by the vision to bring about a positive change in society. Her venture Svatantra Microfin supports women entrepreneurs in the rural areas to grow and become financially more secure.

Ananya always chose to do things differently. A quiet, observant and introspective child, she had an interest in music since an early age. She learnt to play santoor when she was just 11 years old. As she grew, so did her interest in music. She taught herself to play the guitar with the help of video tutorials on the web. This was the beginning of a passion that continues to grow even today. She is an acclaimed singer who writes her own songs. ‘I Don’t Want to Love’ is her much acclaimed song which first brought her to the music scene. She was signed as an artiste by the Universal Music Group (India). Her debut single ‘Livin the Life’was launched worldwide in November 2016. ‘Meant to Be’ is the second international single to be released in July 2017 & has been certified ‘PLATINUM’ as per the standards followed by the Indian music industry, which makes her the first Indian artist to go Platinum.

EMBRACING LEARNING FROM ALL DIRECTIONS

Ananya studied at the Oxford University, UK, where she pursued degrees in Economics & Management. As a student, she developed keen interest in music & started singing & playing the guitar; while still managing her microfinance venture Svatantra over Skype calls with a capable team back home in India. During her stay in London, Ananya also worked as a counsellor for a student welfare charity. She met & interacted with many young people of her age who were suffering from anxiety & depression. This experience shook her from within & after returning to India, she set up a mental health initiative called MPower along with her mother Neerja Birla. MPower works to stamp out the stigma towards people with mental illness in India. It also sensitizes people towards mental illnesses like anxiety & depression that are so common in our society today & can be controlled with family’s cooperation. She felt a greater need to start Mpower because in India, it is difficult to change perceptions related to mental health, so she decided to take up the challenge of repairing the innate conditioning of the people which perceive mental illness as an evilHer venture MPower is a timely step in this direction as it is high time to fight for rights of people with mental illness & help them to be understood & treated supportively like any other person who is unwell. Under her able leadership, The MPower centre provides holistic mental health care solutions to children, young people, and adolescents, & their families. The foundation helps people with psychological difficulties lead meaningful lives without social exclusion. It also helps create awareness by organising workshops for the youth. Ananya’s entrepreneurial instincts led her to start an e-commerce platform – Curo Carte – which is a global ecommerce platform that provides handmade & high-end luxury products, curated from nine countries. The online portal is an amalgamation of design, beauty and lifestyle & offers around 1500 products across 70 categories. An inspiration to today’s youth, Ananya Birla exemplifies the courage to let go of the comfort zone and pursue one’s dreams by working hard to be the best at each & every endeavour, and light up the way for others simultaneously.