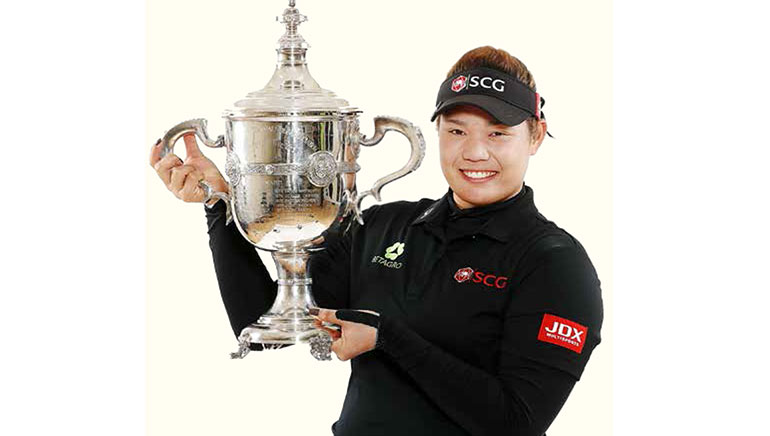 Ariya Jutanugarn wins The United States Women’s Open Golf Championship, which is one of the thirteen national
championships conducted by United States Golf Association (USGA) and is the oldest of five other major championships of the Ladies Professional Golf Association (LPGA). The Championship came into being 72 years ago in 1946. The Tournament is usually held in early July and is the third major of the LPGA season. The winner of the event bags a large sum of money which is considered the highest purse in women’s golf. In 2017, the amount was
$5 Million.

Ariya is the first player from Thailand to win the championship. Her win came after she parred the fourth extra hole after earlier finishing regulation at 11-under-par 277. She suffered a back nine collapse before beating her South Korean opponent, Kim Hyo-joo in the playoff at the U.S women’s open.

Through this win, she has joined Annika Sorenstam, Karrie Webb, Se Ri Pak and Inbee Park as the only players to win both the US women’s Open and the British Open, which she won in 2016. Some considered the tournament to be the most difficult day of her career, but she walked away bagging the trophy and the cash prize worth $900,000.

Since 2018, the U.S Women’s Open is being held prior to the Men’s tournament in order to provide optimum playing conditions to the world’s best players across the various and finest golf courses that the U.S has to offer.