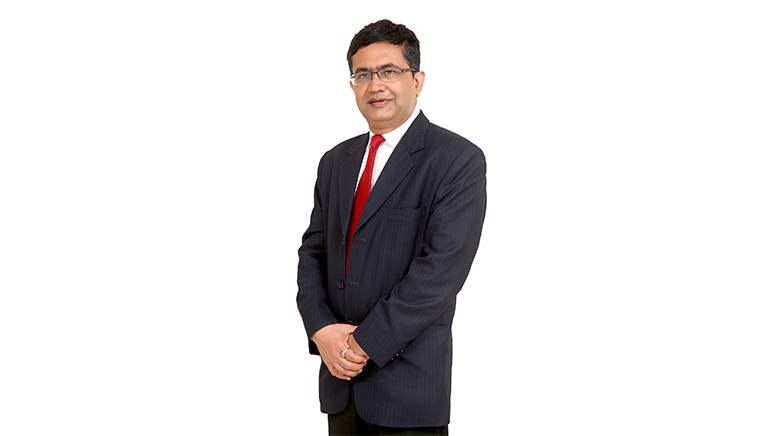 With first break as an officer by the IDBI Bank in 1991 to a cushy job of working as President and Chief Information Officer at the Reliance Industries Group from 2000 to 2009, Mr. Ashishkumar Chauhan has left no stone unturned and has achieved many milestones of success. Regarded as the father of modern financial derivatives in India, he is one of the notable and leading experts in the fields of IT and telecommunications, finance, markets,
micro-structuring, cricket, retail, and oil and gas refining to name a few. An integral part of many organisations, he is serving as the Chairperson on the Board of Governors of the National Institute of Technology, Manipur; Independent Director, ICSI Insolvency Professionals Agency; Chairman of South Asian Federation of Exchanges; Member of the SEBI committee on corporate governance; and advisor to Asia-Pacific Investment Council and the Central Board of Direct Taxes.

Having a deep interest and captivation with IT, at an age of 25, Mr. Chauhan successfully set up the first commercial satellite telecom network during 1993 – 1994. Being a member of the core team that founded the NSE, Mr. Chauhan responsibly and meticulously instituted equities and derivatives markets from 1993 to 2000, and considerably improved market operations, membership, clearing and settlement, surveillance, regulations, sales, marketing, IT, among other things. Actively involved in creating the trading infrastructure at NSE and NSE-50 (Nifty), he has immensely contributed to the growth of Indian financial markets.

Mr. Chauhan’s persistent tenacity revivified and gave a fresh lease of life to the dying BSE, and for this he is credited with a distinction of reviving and overhauling of BSE together with making it world’s fastest exchange with a response time of less than 6 microseconds, introducing Mobile Trading, putting in place online real time surveillance system, offering an entire spectrum of market leading product, distribution of MFs, Mr. Chauhan has transformed BSE to a leading platform commanding a lion’s share.

Under his leadership and vision, in 2012, BSE became the first Exchange in the country to launch a steadfast platform for listing of small and medium enterprises and has made the BSE SME segment market leader with approximately 275 SME listed, of which 54 have fully grown and moved to the main Board of the Exchange. Moreover, under his headship and management, BSE started trading in gold and silver contracts and its venture into the commodity derivatives segment and has prominently grown as India’s first universal stock exchange dealing in all assets category, comprising equity, MFs, currency and commodity in its portfolio. He was also highly involved in ideating National Securities Clearing Corporation and setting up National Securities Depository Limited.

He has been bestowed with numerous awards and recognitions for his pioneering role and path-breaking achievements, such as Distinguished Fellow 2017, Institute of Directors; Distinguished Alumnus Award 2016 by IIM Calcutta; CEO of the Year, Diamond Sabre Awards 2015, Hong Kong; Best CEO in the Financial Markets in the Asia Pacific by the Asian Banker, 2014; and TOP 50 CIOs, Information Week, US, 2009.