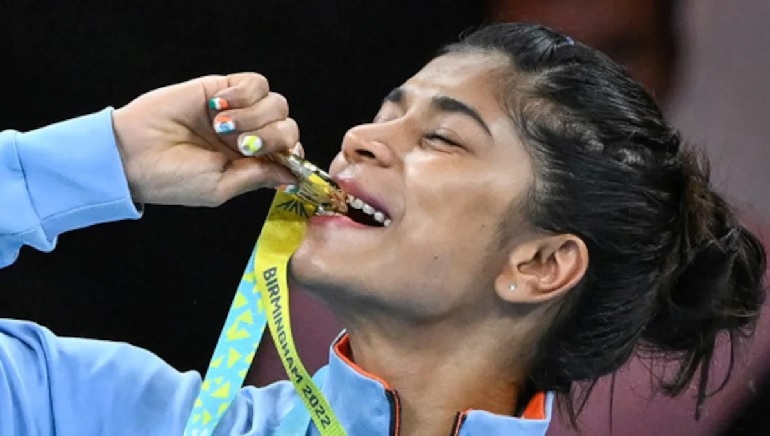 It is raining medals for India at the on-going 2022 Commonwealth Games in Birmingham, and the latest Indian sportspersons to win a medal at the event is boxer Nikhat Zareen. Zareen clinched the gold medal for India in the women’s 50kg light flyweight by winning her final bout comprehensively.

Nikhat won three of her bouts at Birmingham 2022 5-0 and one via RSC (referee stops contest). In the final bout, she got the better of Gold Coast silver medalist, Ireland’s Carly McNaul.

“I’m very excited to meet PM Modi; I took a selfie with him last time and want a new one now. Last time, I took his autograph on my T-shirt, now I’ll take it on my boxing gloves,” Nikhat Zareen said after winning Gold in 48-50kg flyweight.

Zareen was introduced to boxing by her father, Mohammad Jameel Ahmed and was inducted into the Sports Authority of India in 2009. Currently, she works as general banking officer at Bank of India since June 2021