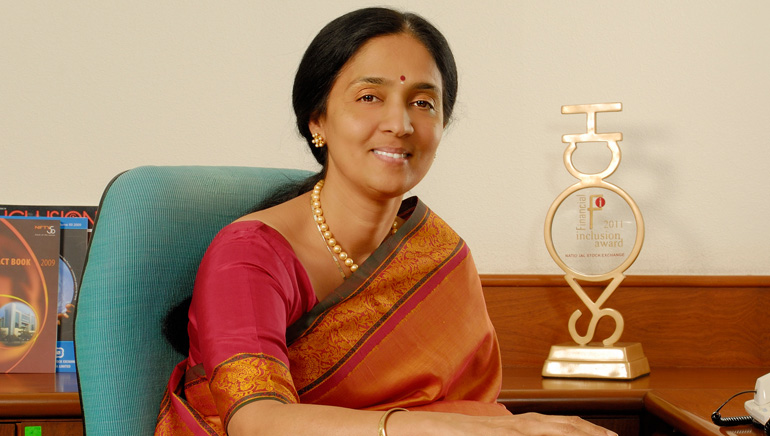 Her strength with numbers and analysis helped late SS Nadkarni (then IDBI Chairman) personally select her as the only woman in a team of five people who established National Stock Exchange (NSE) in 1992. After 23 years of undivided attention and hard work, she took over at the corner room of the exchange she nurtured initially, becoming the first woman to head the top bourse in India.

In the beginning, people were really skeptical about the team, as they thought the core team is chasing a dream that would never become a reality. On the other hand, Ramkrishna and four other technocrats took this as an opportunity to experiment without having the burden of expectations on their head. This free-minded yet focused team gave India its leading stock exchange.

The serious struggle came in the year 1992 itself when stock markets witnessed a bruising scandal by Harshad Mehta, leaving behind dicey and frightened traders.

However, the team moved on resolutely. Chitra Ramkrishna played a key role in shaping NSE to have emerged as world’s largest bourse in equity segment with the maximum number of trade in September, 2014. The success of the exchange can be gauged from the fact that the daily average turnover for equities has increased from 17 crore from 135 companies in 1995 to 12,179 crore from 1,672 companies in 2015; NSE is an inspiring case study for many.

Chitra strongly believes that more ordinary people should be able to prosper and draw benefit out of the stock market boom. With a vision to build the best stock market possible, she has a long way to go!