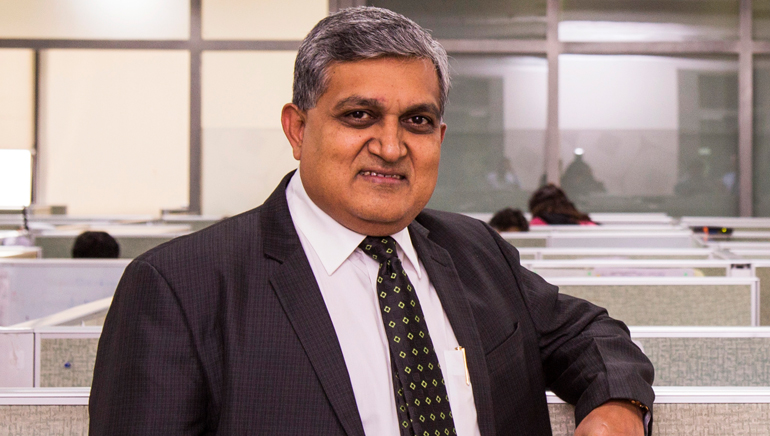 The Chairman and Managing Director of WAAREE Group, Hitesh is one versatile, dynamic, and optimistic leader with over three decades of experience in the corporate world. A quick learner and adaptor to new challenges, he is reckoned for his efforts in making workplaces evolve into a powerhouse of ideas, where all members are equal participants in the process of growth and success.

Soon after graduation, Hitesh had started his career in 1989, by establishing a hardware process control instrument trading company and moved into manufacturing of process control instruments, gas station equipment, and industrial valves. Going ahead, taking giant strides towards making WAAREE an internationally acclaimed brand, he led its expertise in multifarious verticals such as Solar Energy, Industrial Valves, Petroleum Equipment & Process Control Instrumentation. He looks after the overall business strategy of the Company and International Business Development coupled with expansion projects of the Company.

He is the founder secretary of Instrumentation Expert Club and President of Jain Education and Empowerment Trust (JEET) and is a patron member of the Jain International Trade Organization (JITO) and an active philanthropist.

Hitesh believes that the success of a business lies in its power and ability to embrace novelty and include a future focused approach towards planning, keeping sustainability, sustenance, and affordability in mind. His vision towards WAAREE has been that of establishing it as a strategic business that evolves with time. With the same thought in mind, he led the company’s foray into the renewable energy sector in 2007 and since then, has taken several initiatives to accelerate the company’s top-line and bottom-line growth.

His vision and strategic business leadership are instrumental in establishing WAAREE Energies in a leadership position in the solar industry. Today, the brand is a diversified player in the solar space offering solar PV panels, EPC services for utility grid projects, solar rooftop solutions, solar water pumps, solar thermal, solar home lighting solutions, and is also an independent power producer. It had started as a module manufacturer and today has India’s largest solar PV module manufacturing capacity. The JMK and Mercom Reports of CY 2019 have credited WAAREE as the number one Indian manufacturer for solar panels.

Hitesh is also the chairman of the All India Solar Industries Association and in his capability has been actively voicing out his thoughts on the need to improve and strengthen the industry. He insists that India has great potential to lead the growth of the solar industry of the world and it should be tapped into with a tactical and community-friendly approach by supporting the businesses through active policy interventions. Recently, he insisted that the government should work towards imposing 50 percent tariffs duty to help the domestic manufacturers of solar panels and related services.

Hitesh’s leadership style has always been that of a motivator and enabler. He reckons that happy employees are productive employees and they also may be safer, record fewer absences, have fewer work-related conflicts, and more likely to remain with the company. Hitesh believes in providing the people with a safe and comfortable working environment and encourages them for work-life balance.

He also motivates the people at various levels of WAAREE teams to think innovatively in whatever they do. They are guided to challenge the conventional way of doing business at every point and see opportunities where others see problems. It was his leadership that led WAAREE sail smoothly through the tough times of pandemic, with no pay cuts and layoffs. WAAREE didn’t opt for any loan of moratorium and neither defaulted any of their payment commitments. Hitesh is a well-versed leader with an amicable and welcoming attitude that helps him connect with all the people around him on a personal level and contribute towards their growth. He also strives to create a lasting, positive change in the lives of the customers and communities. He believes in training his own people as the agents of change who work to make the world a better place. Under his leadership, the group has made a priority to recognize performance and announce to everyone the value the employees bring. Role Clarity, Right Compensation, Recognition, Development, and Feedback are the five pillars on which he keeps the company standing tall.

In addition to being a stellar businessman, Hitesh is also a staunch philanthropist who believes in supporting the well-being of humankind. He wants to have a lasting impact on society and therefore putting band-aids on the ills of the community is not his aim. He believes that education is the key to success, and this has led him to support around 7000 students to get free education across 400 cities.  He understands that without a lasting impact, charities will keep them coming back annually to repeat the same process, or cycle. His initiatives have uplifted thousands of families from poverty, and helped them become self-sustainable.

Under Hitesh’s leadership, Waaree has emerged as the largest Module manufacturer in India and has delivered more than 3 GW of premium quality solar modules to customers in over 68 countries in the past 12 years. Waaree is the only Indian company to be listed consecutively for 22 quarters in Bloomberg New Energy Finance’s Tier 1 Module Manufacturers ranking in terms of bankability.

Waaree has over 350 franchisees across India which is the largest sales and service network held by any Solar company.