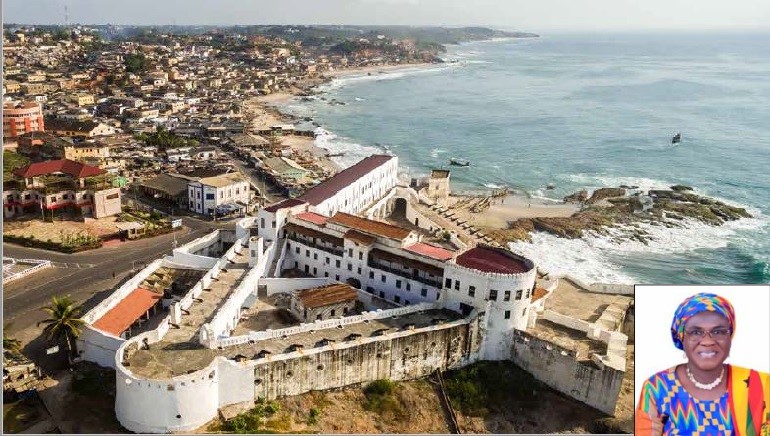 A country located in western Africa and situated on the coast of the Gulf of Guinea, Ghana is one of the leading countries of Africa. Its prosperity is due to two reasons: it has considerable natural wealth and it was the first black African country south of the Sahara to achieve independence from the colonial rule.

It is famous for its lush forests, diverse animal life, and miles of sandy beaches along a picturesque coast. Its rich history dates back to 10,000 BCE. It had developed a great medieval trading empire located northwest of the modern-day Ghana, until its demise in the 13th century. Direct sea trade with Europe, established in the 15th century, helped it develop further. It had active trade links with the Portuguese, Dutch, British, and other Europeans. Trading mainly consisted of gold, and later cacao, the source of cocoa beans. Introduced there in the late 19th century, cacao continues to provide an important export for Ghana.

Modern-day Ghana gained its independence in 1957, and the colony’s drive for independence was led by nationalist and Pan-African leader Kwame Nkrumah, who believed that “Our independence is meaningless unless it is linked up with the total liberation of the African continent.” Inspired by Ghana, more than 30 other African countries declared their independence within the next decade.

Ghana has progressed well, especially since the 1990s, and is today considered exemplary to successful economic recovery and political reforms in Africa.

Being a woman, I’ll highlight women-related issues here in the hope that they are addressed and solved. Social issues in Ghana range from health, sanitation, education, food security, shelter to transportation. It is the responsibility of governments to create the necessary and conducive environment for all issues mentioned above to be solved, goals achieved and progress enjoyed by the people. However, there are inequalities and unfairness, and they hold people to enjoy the benefits of some of the facilities.

The voiceless, particularly women and children, do not get fair opportunities. As a result, men always take advantage. For example, the girl-child is vulnerable and should be counseled and guided well enough to have secular education. Unfortunately, for some of them poverty leads them into falling prey to teenage pregnancy or early marriages. Some migrate to the cities to seek greener pastures, popularly called ‘Kaya aye’, meaning head porters.

His Excellency the President of the Republic of Ghana has prioritized education, and therefore has made SHS education free for all Ghanaian Children. Though in Ghana the population of women is about 52 per cent, men dominate in the decision making process. Women are very few at higher positions. Women need to be more proactive in all sectors of the economy so there is a holistic development of the nation.

Conflicts should be avoided so we have a peaceful coexistence in this world. Conflicts and wars mostly affect women and children. There should be respect for one another for us to have a just and fair society. Women need to sit up in society, work hard, gain confidence and contribute to nation’s development.

Some traditional and cultural practices also affect the development of the girl-child, for example early marriages and fostering to extended family members. Opinion leaders and chiefs can help sensitize people to entreat the girl-child to have secular education in order to build her capacity and contribute meaningfully to society in future. Civil society and NGOs have contributed to the education of the girl child in order to complement government’s efforts. Given fair and equal opportunities, the girl-child can contribute to the development of the nation.

The few women who have been holding high positions include the Chief of Staff, Her Ladyship, the Chief Justice, Chairman of the Election Commission, and Ministers & women Members of Parliament. We commend them and acknowledge their hard work. However, women need to work harder to bridge the gap.

Ghana’s economy is a mixture of private and public enterprises. National income is derived primarily from agricultural and mineral output and only to a limited extent from manufacturing and services. Most of the cash crops and mineral products are for export.

After independence of the country, the government established a large number of state-owned enterprises in agriculture and industry. In order to make up for the local shortage of capital and entrepreneurial skills, measures were adopted to attract foreign investors to operate independently or in partnership with the government.

Under the restructuring program sponsored by the World Bank in the late 1980s, foreign companies and private entrepreneurs were encouraged to invest in private or joint private and public ventures and to assist in the rehabilitation of the economy; in general, the trend was toward increased privatization of the economy.

Beginning in the late 1990s, the government concentrated on improving economic stability and transparency, and it continued with privatization efforts. In the 21st century, Ghana is considered a model of African economic recovery and political reforms, and has qualified for substantial debt relief measures, including relief from the World Bank and International Monetary Fund.

Kakum National Park: The park is an undisturbed rain forest, extending over an area of 357 square km with some of the trees as high as 65 meters. The park’s fauna includes more than 550 butterfly species, 200-plus bird species (such as the Frazer-eagle owl, African grey, parrot, bee-eaters, hornbills, and knight-fishers), more than 40 mammal species (including different monkey species, red river hog and the threatened bongo and forest elephant species) and about 7 primates.

Visitors may take a walking tour or a canopy walkway through the forest or a self-guided hiking, all of which offer an opportunity to see the indigenous plant life of Ghana and the various fauna.

Wli Water Falls: Located 20 km from Hohoe in the Wli Natural Reserve, it flows throughout the year, and the water descends from a height of about 1,600 feet. It is located at the edge of the Agumatsa Wildlife Sanctuary, which has hundreds of fruit bats and a few monkeys and antelopes.

Aburi Botanical Gardens: It is more than a hundred years old and offers a rich collection of tropical flora that attracts different birds and butterflies species.

Ankasa Conservation Area: It is a twin Wildlife Protected Area comprising Nini-Suhien National Park and the Ankasa Resource Reserve. Being the area with the highest rainfall in Ghana, Ankasa is the richest forest in terms of botanical diversity in the country.

The Bamboo Cathedral: The spectacular Bamboo Cathedral is not a church building and has no human Bishop, a priest or a creed. The site showcases nature’s perfect architectural design, as the bamboo plants, forming a canopy, give the semblance of a cathedral over which the breeze offers a perfect opportunity for relaxation.

Bia National Park: It is bordered to the south with a 563 square kilometer Resource Reserve and is an International Biosphere Reserve Park. The reserves are situated in the transition between the moist evergreen and semi-deciduous tropical forest and cover much of the drainage for the Bia river.

Densu Delta Ramsar Site: This Ramsar site lies just West of Accra. The Densu River which feeds the wetland is about 116 km long.

Digya National Park: Created in 1971 with an area of 3,478 sq. km, Digya is located on a lowland peninsula west of the central shores of the Volta Lake. The vegetation of the Park is largely savannah woodland and gallery forest along the riverbanks. Mammals include elephant, buffalo, water buck, hartebeest, bush pig, baboons and five other species of monkeys.