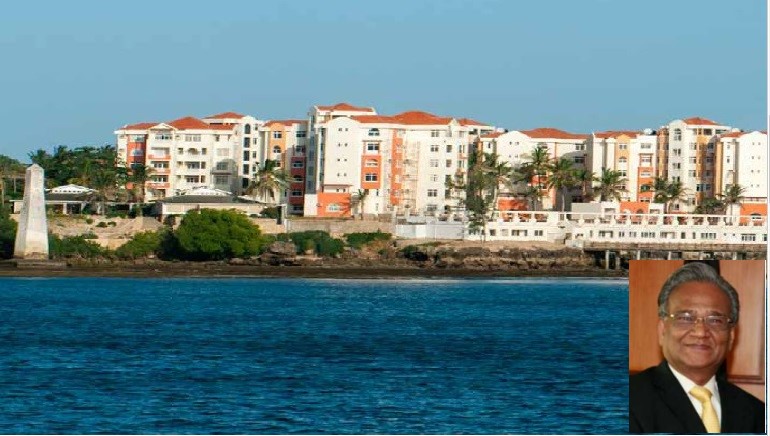 Delightful diversity, bountiful wildlife including the stupendous wildebeest, breathtaking lakes surrounded by magnificent flamingoes, large expanse of beautiful greenery, coastal treasures, captivating traditional customs, Kenya never fails to satisfy with abundance of anything and everything that may thrill a tourist. If the list has been short by any chance, tourists would also be enchanted by fish-rich coral reefs, pearly beaches, tropical islands and majestic mountains

Building a strong future on a sturdy base of political, structural and economic reforms, which have led to a long period of sustained economic growth and social development, Kenya has been scripting its inspiring story to become one of the best economies of Africa. The relentless focus and robust support to a growing youthful population, a dynamic private sector, highly skilled workforce and improved infrastructure have helped it immensely to overcome challenges of poverty, inequality, governance and skill gaps

Tourism Opportunities Hosting numerous pre-historic sites so old that it is presumed that humankind evolved from here, and a rich profusion of diverse wildlife including the Big 5 – Lions, Elephants, Buffaloes, Rhinos and Leopards – in addition to Oryx, Antelopes, Giraffes, Impalas, Hippos, White Rhinos, and many more, Kenya is full of learning and adventure. Some of its main tourism destinations include the following:

Eldoret: Considered one of several paradises in Africa, it is full of natural beauty completely untouched by the modern changes elsewhere. Located south of the Cherangani Hills, it is popular among tourists for its sundry attractions such as Champions Monument, Eldoret Daima Plaza, Sirikwa Holes, Wagon Hotel, Koromosho Falls and Poa Place.

Tsavo: Situated over the River Tsavo and close to the River Athi, it is popular for the Tsavo National Park containing two smaller National Parks – Tsavo West and Tsavo East. Locals call it Tsavo, which means killing, as after the elimination of slave trade in Kenya it was repeatedly crossed by the Arab slavers along with their captives

Mombasa: Holding in its heart the best tourist destinations of Kenya, it oozes a friendly atmosphere and a captivating marine life. Located on the eastern coastline, it borders the vast Indian Ocean and has thus developed several stunning beaches. Because of its tropical climate, tourists – both young and old – are able to enjoy a lot of interesting and adventurous activities.

Maasai Mara National Reserve: Counted among the world’s most spectacular game reserves, as it forms a wildlife corridor between Tanzania and Kenya, it gets its name from the graceful red-cloaked Maasai people have been living in the area for centuries grazing their animals. In local language, Mara means ‘mottled’, and the name may have its derivation from the rampant play of light and shadow from the acacia trees and cloudy skies on expanses of vast lands. Tourists would find various attractions here including the Great Migration – the time every year when thousands of wildebeest, zebra, and Thomson’s gazelle travel to and from the Serengeti. The river flowing through the Reserve, called the Mara River has abundance of hippos and crocodiles, as the entire Park offers majestic predator sightings, including those of lions, cheetahs and leopards.

Amboseli National Reserve: Africa’s highest peak, Mount Kilimanjaro, is located here, and is another highly popular tourist Park where sighting would include large herds of elephants from a close distance, lions, cheetahs, giraffes, impalas, elands, waterbucks, gazelles, and more than 600 species of birds. Other attractions in the Park for nature lovers include different habitats such as the dried-up bed of Lake Amboseli, wetlands with sulfur springs, savannah and woodlands.

Lake Nakuru National Park: It makes a heavenly sight with thousands of pink flamingos flocking here regularly. The Lake makes for a third of the Park’s area and is one of the Rift Valley soda lakes, as it also houses more than 450 other species of birds and a rich diversity of wildlife, including lions, leopards, warthogs, waterbucks, pythons and white rhinos. Stunning landscapes make it more attractive, as tourists may check out sweeping grasslands, rocky cliffs and woodlands. The Park has protected since time immemorial the largest euphorbia candelabrum forest in Africa, which offers through its tall, branching succulents native to this region, offering a contrasting element to the arid landscapes

Lamu Island: It is a small island northeast of Mombasa, and has been inhabited by humans continuously since the 12th century. A UNESCO World Heritage Site, it has a rich trading history evident in its old buildings, which reflect an mixed architectural styles of the Arab world, Europe, India and the local Swahili technique. Thus, tourists may observe intricately carved wooden doors, coral stone buildings, hidden courtyards, verandas, and rooftop patios reminding of an old style of living. Offering reflections of an old lifestyle, donkeys are still used for various tasks, as they have been used since several centuries.