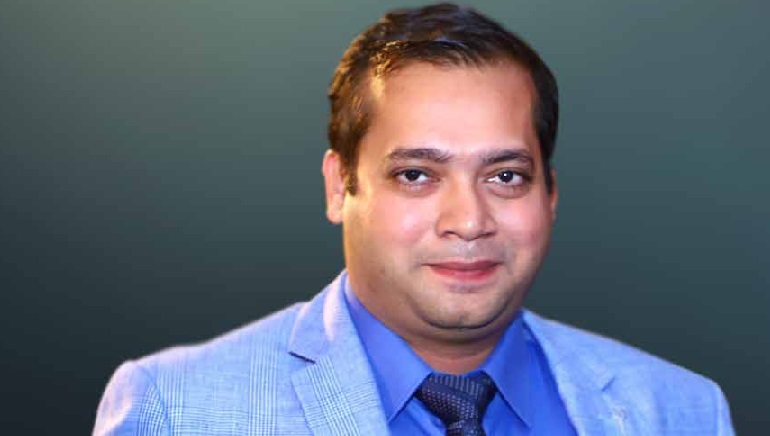 Born into one of the most influential business families of India, Mr. Ajay Harinath Singh had the zest to do something big since a young age. He strived to be a go-getter, a successful personality, and a great philanthropist and has managed to achieve all the goals. Today, this Indian magnate has developed a great reputation overseas as well and is celebrated as one of the most spiffing businesspeople.

His journey to stardom is dotted with many excellent achievements generated out of out-of-the-box ideas and an untiring attitude to get things done in a fast-paced manner. His entrepreneurial style can inspire many to run ethical, sustainable businesses, which can even contribute to the goodwill of society. He has been rightfully bestowed upon the Times Power Men and Young Iconic Entrepreneur Awards, among many others.

Mr. Ajay Harinath Singh was born on November 6, 1980, into a business family that specialized in mining, shipping, agriculture, and finance. Reckoned as one of the most prominent business groups in the nineties, his family’s heritage served as a great source of motivation to him during his childhood. He loved to observe the technicalities of the business and was determined to take the same route as he grew up.

Mr. Singh graduated from KM Doongursee College in Dadar in 1997, before heading to London for his masters. After completing his formal education, he for various businesses including Kraftos London, Cobra plc, Aviva Life Insurance, MetLife Insurance, and Bharti Axa Life Insurance. He did not jump right into the family business as he wanted to learn and grow on his own and find his own route to entrepreneurial success.

STARTING HIS OWN VENTURE

Mr. Ajay Harinath Singh eventually joined his familial business and proved out to be an important pillar in the meteoric rise of the Singh family’s empire. His next step to further his quest to greater things, he established Darwin Platform Group, taking 96% of the ownership from his family, which expanded quickly under his able guidance, making the family one of the wealthiest ones in India.

With a philosophy of identifying the customer’s needs and offering solutions backed with the first-class service, Singh methodically founded other companies including Arms and Darwin Platform Avitronics Inc., which retails Sukhoi 30 and MIG aircraft. Singh also established a national banking company that was later transferred to his two sons.

Mr. Singh also invested in news media while being the finance backbone to two film production houses from Indias’ top 5, for 43 films, three of which are India’s most expensive films ever.

CREATING A TEAM OF SUPERS

Mr. Ajay Harinath Singh believes that the employees can be the greatest assets for any organization if the founders give them ample chances and opportunities. For him, the intangible value made possible by his employee actions surpasses all else. He uses the same philosophy while interacting with his team members. He encourages them to take risks and keep on innovating newer modules to work. He always the great success of his venture to the determination and the dedication of the people that Darwin Platform has been able to generate long term value for its clients.

He is very communicative with all his employees and welcomes a great deal of enthusiasm and creative on-board. He has created a progeny of hard-working and inspiring professionals who have found their own niche at the company. He never discourages any employee and is always eager to lend a supporting hand if they are facing any troubles, be it personal or professional.

Under Mr. Singh’s guidance, Darwin Platform focuses on the diversity of its employees to represent the diversity of clients and invests in employees’ careers, maximizing individual potential, reinforcing culture and expanding professional opportunities.

Mr. Ajay Harinath Singh has pledged to donate a part of his wealth to charity. One of his prime interests for his charitable work is to focus on providing quality education. He has made school systems in India and the United States primary beneficiaries for his charitable contributions.

Through his foundation in his own name, Singh has helped advance education across fields including business, science, information technology, communications, intellectual property law and wildlife preservation. Singh also donated $1 million to establish a women’s polytechnic institution in his native Mumbai. The institution was the first of its kind.

Mr. Ajay Harinath Singh’s academic interests likewise extend beyond business management into the legal system. In the United States, Singh donated $2 million to establish a curriculum for small business management at the University of Nebraska at Lincoln. He has also donated an additional $500,000 to set up a scholarship fund for minority students who want to enter its science or engineering schools.

In addition, through the Darwin Platform’s CSR activities, he successfully built low-cost hospitals in Latur (Maharashtra) and Bhuj (Gujarat). Raising over Rs. 250 crore, these hospitals targeted the needs of low-income families in these areas focusing on providing quality and affordable health services. Apart from the healthcare, Mr. Ajay Harinath Singh also believes in the quest for the elimination of world hunger. The AHS Food Charity was set up in his native nation, India, to provide food to homeless and needy and has now opened food kitchens in London (UK) and Philadelphia (US), providing vegetarian meals to the needy.