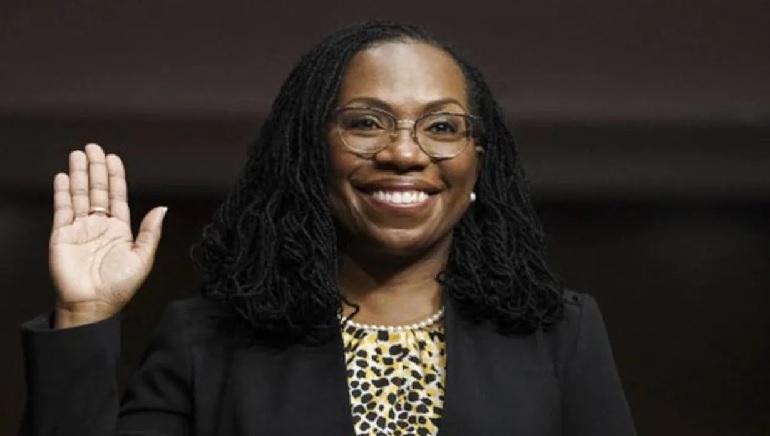 On Thursday, Ketanji Brown Jackson created history by becoming the first black woman to sit on the Supreme Court. 51-year-old Jackson is a former public defender who rose to become a judge on a powerful federal appeal.

The seat held by Associate Justice Stephen Breyer for 28 years announced his retirement post which seat will be filled by this Miami native and Harvard-educated attorney Jackson who was just confirmed by the Senate. In January, Breyer’s retirement allowed Jackson to be Joe Biden’s top choice for the Supreme Court of the United States.

Jackson took the oath of office at a challenging time for the high court as its actions to overturn Roe v. Wade and increase accessibility to handguns have aggravated tensions among the justices and highlighted divisions among Americans over culture war issues. Jackson previously served as a judge on the influential U.S. Court of Appeals for the District of Columbia Circuit.

But none of it was on show as Jackson received one oath of office from Chief Justice John Roberts and another from Breyer, a man Jackson had previously worked as a clerk for more than 20 years. For the first time, white males are outnumbered by women and people of color on the court, since Jackson became the 104th associate judge.