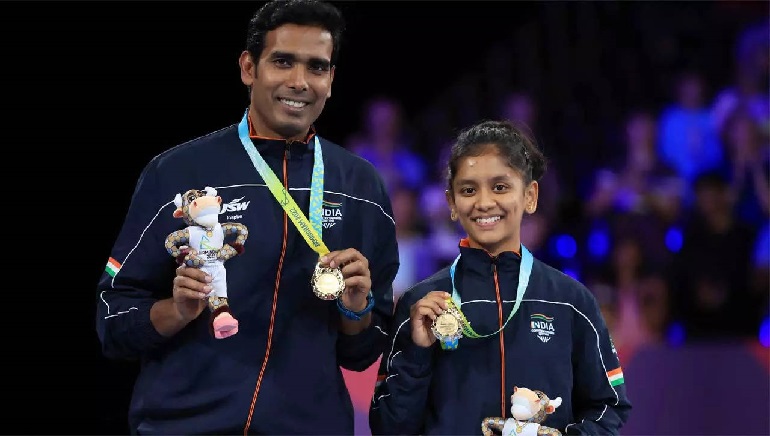 Barring a blip in the second game, Sharath and Akula pair was in complete control of the tie increasing the nation’s gold collection. In the earlier men’s doubles final, Sharath Kamal and Sathiyan lost to Paul Drinkhall and Liam Pitchford from England and settled for silver.

Meanwhile, the same day, Indian boxer Sagar Ahlawat captured the silver medal in the final of the Men’s Over 92kg category at Birmingham. Sagar settled for a silver medal after suffering a defeat against Delicious Orie of England via Win on Points 0-5. Despite coming in second to England’s Delicious Orie by unanimous decision, Sagar won silver in the men’s boxing super heavyweight category.

As the English boxer was always in contention during the first round, Sagar proved to be the superior boxer, winning 5 points as a result of the judge’s decision. After losing in the first round, Orie came back with a stunning comeback in the second round.