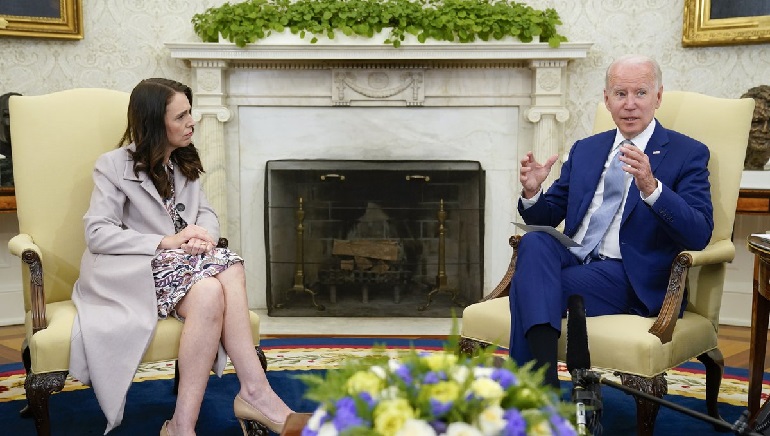 New Zealand Prime Minister Jacinda Ardern met US President Joe Biden in her first-ever White House visit and stated that the meeting reflected the kind of relationship that the two countries share “warm, friendly, shared values and shared challenges”. This also makes it the first visit to the White House for a New Zealand Prime Minister since 2014.

Arden, who met Vice President Kamala Harris before meeting Biden, said that she was pleased with the nature of the discussion that dealt with topics such as trade in the Indo-Pacific to New Zealand’s involvement with gun reforms. They also discussed USA’s efforts to oppose China in the Indo-Pacific region. The meeting became even more significant as New Zealand recently raised worries about China’s growing presence in the Indo-Pacific region after news emerged that Beijing had signed a security deal with the Solomon Islands. Biden assured Ardern to do more work in the Pacific Islands and work together and in cooperation with other countries.

Biden also sought advice from Arden over tackling shooting incidents in America that have been increasing in recent times. The duo met in the Oval Office, and the meeting went overtime by half an hour.