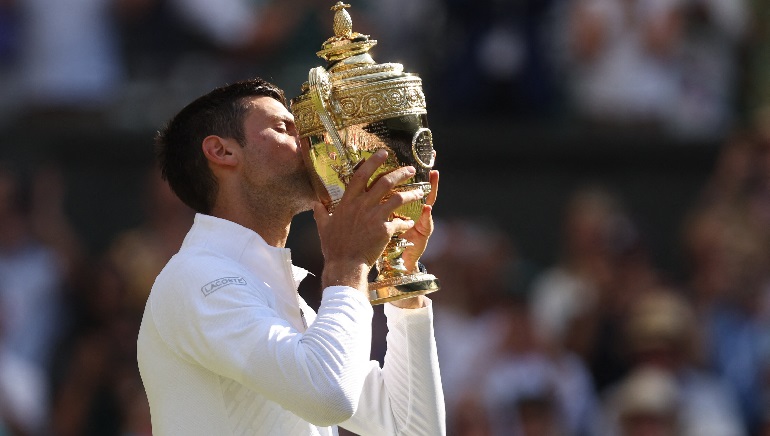 This was also the Serbian star’s 21st Grand Slam singles title. Djokovic took charge of the match late in the third set, then used his signature mix of relentless steeliness and hardcore discipline to keep the 40th-ranked Kyrgios, who found it challenging to keep up the pace, at bay to win the match in 3 hours 1 minute.

Djokovic stated after the match, “This tournament has a special place in my heart because it’s always been my childhood dream tournament.” Only Roger Federer’s 8 Wimbledon men’s titles surpass Djokovic’s seven.

“He’s a bit of a god,” said the powerful Kyrgios. “I played a Slam final against one of the greatest of all time, and I was right there,” he said. Kyrgios hardly slept for two nights due to anxiety after his semifinal against Nadal was called off due to the latter’s abdominal tear. “I thought I dealt with the pressure pretty well.” Said Kyrgios, who had never played a significant semifinal before this tournament.