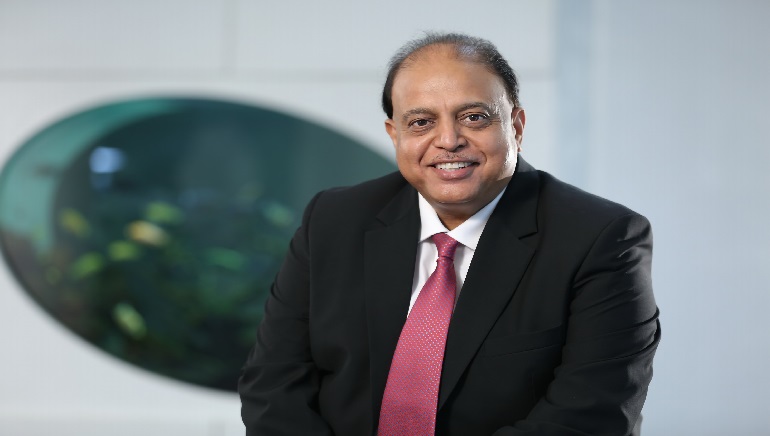 The water technology leader started his career with Dorr Oliver. He then worked for John Brown Engineering, Glasgow, before joining WABAG in the UK. In 1996, the firm deputed him to India to create a Strategic Business Unit. His stellar leadership has transformed WABAG from a subsidiary into a true Indian multinational with operations in over 25 countries across 4 continents, as well as R&D centres in India, Switzerland, and Austria, and more than 100 IP Rights. In 2005, he led the first management buyout in the history of the water industry. He then orchestrated WABAG Group’s historic reverse takeover from Siemens in 2007.

Rajiv is a goal-oriented individual focused on reaching a planned outcome. With the motto “Sustainable solutions for a better life”, he reiterates his commitments to the UN Sustainable Development Goals and environmental, social and corporate governance. In his current role, he is working towards increased overseas orders and diversify the company’s global footprint and revenue streams. His priority is to acquire more industrial orders. He is also focusing on service businesses (operations & maintenance) to eventually contribute over 20% to the company’s top line. His main emphasis is on high-technology projects that can benefit from WABAG’s process integration and optimization capabilities. Rajiv’s future strategy is to adopt groundbreaking enterprise technology for seamless water management. In the long run, he desires to make WABAG one of the world’s top 3 water technology companies, ensuring clean water and sanitation for people all over the world. He also believes in generating wealth and sharing it with all his stakeholders. His goal driven leadership enables him to strategize in advance, which in turn helps him face even the toughest situations smoothly. For instance, during the COVID-19 pandemic, he had surefire strategies in place to keep his site employees safe with measures such as mass vaccination, safety accessories and protocols to enable them to serve millions across the globe.

Rajiv believes that a company’s strongest asset is its workforce. As a result, he continually concentrates on mentoring and directing them toward a sustainable organisational vision. Also, he is accessible to all of his coworkers and offers advice on a variety of management topics. Moreover, he believes that the best governance should be implemented with the least amount of intervention. A proponent of workplace diversity, the leader believes it is more important to emphasize principles rather than rules to create a positive work culture.

When asked about his career milestones, Rajiv says his journey with WABAG has been adventurous and astonishing simultaneously. Under his leadership, the company has achieved several historic milestones over the past two and a half decades. Several of them were rare events in the world of global corporations, and he is proud to have led his crew during those times. The management buyout of WABAG India, the reverse acquisition of erstwhile parent WABAG Group, and the dream listing in stock exchanges are just a few of the many things he will always cherish. He was a young man and hardly had any entrepreneurial skills when he got involved in these opportunities, but he dared to seize those opportunities with his total belief and the support of his colleagues.

Rajiv considers CSR an integral part of his business. He is consistently focused on producing clean and safe drinking water, preventing pollution, and preserving the environment around us. As an advocate of sustainability, he encourages people to harness alternative sources of water, such as seawater, and used water as a sustainable alternative to purified water. In addition, he strongly supports efficient wastewater treatment, as well as water recovery and reutilization. Furthermore, he has been proactively advocating advanced technologies for water treatment solutions at an affordable price for municipal and industrial applications. Under his guidance, WABAG implements CSR programmes for water augmentation, water conservation, water use efficiency, water reuse, restoration of water bodies, watershed development and provision of potable water through building water treatment plants. In addition to reviving 88 open wells, Rajiv led WABAG restored more than 285 acres of rain-fed lands owned by 131 small and marginal farmers in 14 villages. Under his direction, WABAG had also created and dedicated an STP to help Adyar Cancer Institute reach its pollution control standards. Additionally, the company has developed a decentralized STP with a recycling facility at Warangal, Telangana, to benefit around 5000 urban poor. WABAG and BRLF are currently collaborating to develop watersheds in six West Bengal districts, which will benefit about 5 lakh households. WABAG also regularly participates in children’s welfare programs. For instance, in 2008, WABAG headed the Children Health Project in Cherthala, Kerala, by setting up mobile clinics for 40000 children suffering from chikungunya in 60 villages. What’s more, under his guidance, WABAG recently aided Greater Chennai Corporation (GCC) in restoring normalcy to the city, which had been ravaged by floods caused by heavy rain. WABAG is also actively involved in the GCC announced Chennai Sanitation Plan.

Rajiv’s unique leadership skills and unwavering commitment have earned him myriad plaudits and accolades. He was recognized amongst World’s Top 20 Most Transformative Leaders in Water Sector by the Global Water Intelligence in 2021. He was ranked among the top three most influential global water leaders by WWI, UK for two consecutive years in 2017 and 2018. He was also ranked among the top 100 CEOs of India, and 4th in the Infra and Engineering Sector by BT-PWC, in 2018.