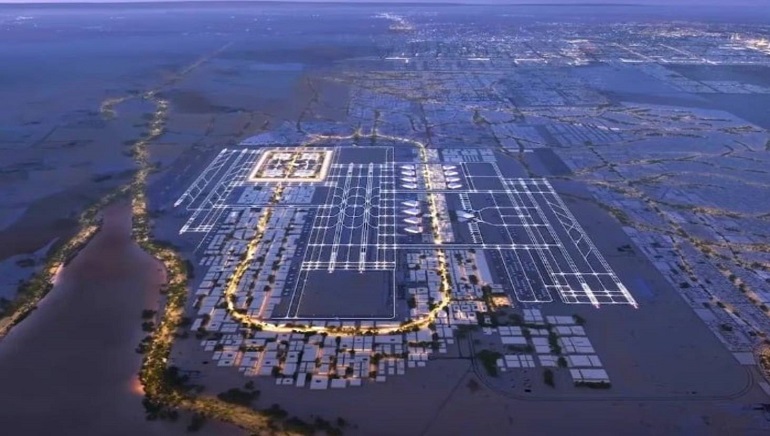 Saudi Arabia on Monday announced plans for a new airport in Riyadh intended to spur rapid growth in the capital while advancing the kingdom’s ambitious aviation goals.

“With sustainability at its core, the new airport will achieve LEED Platinum certification by incorporating cutting-edge green initiatives into its design and will be powered by renewable energy,” added Prince Mohammed bin Salman, referring to the green building certification programme.

Saudi Arabia’s aviation goals, part of Prince Mohammed’s extensive Vision 2030 reforms, include more than tripling annual traffic to 330 million passengers by the end of the decade. It also aims to attract $100 billion in investments to the sector by 2030, set up a new national flag carrier, and expand to 5 million tonnes of cargo each year.

The airport will boost Riyadh’s position as a global logistics hub, stimulate transport, trade and tourism, and act as a bridge linking the East with the West, he said.