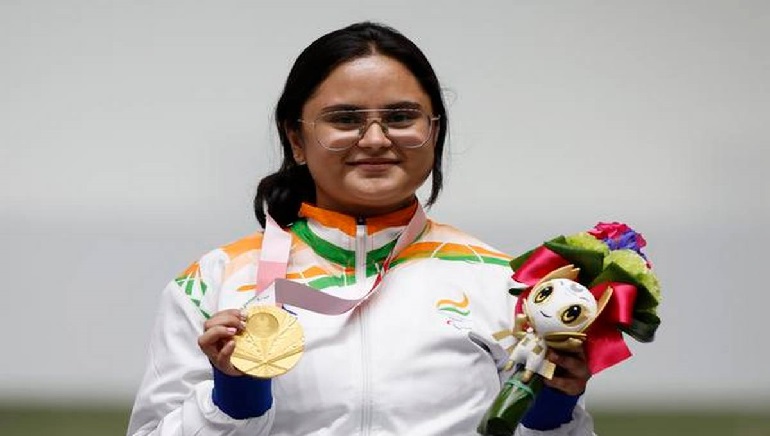 On Monday, the 19-year-old shooter Avani Lekhara scripted history by becoming the first Indian woman to win a gold medal at the Paralympics. She won the medal by equalling a total of 249.6 which is also the new Paralympics record.

Lekhara fired her way to the top of the podium in the R-2 Women’s 10M Air Rifle Standing SH1 event. The shooter from Jaipur is a law student who sustained a spinal cord injury in a car accident in 2012. She made her debut for India in the 2017 World Cup in Al Ain, UAE after her father encouraged her to get involved in sports. She initially tried her hands in both shooting and archery but later found her interest more in the shooting. She is the first woman and the fourth Indian athlete to win a Paralympics gold.

Lekhara said that he can’t describe her feeling which is unexplainable and she is feeling on top of the world. She hopes for more medals to come her way in the future. This was her first major international medal after she had finished fourth in the last world championship at the Rio Paralympic in 2019.