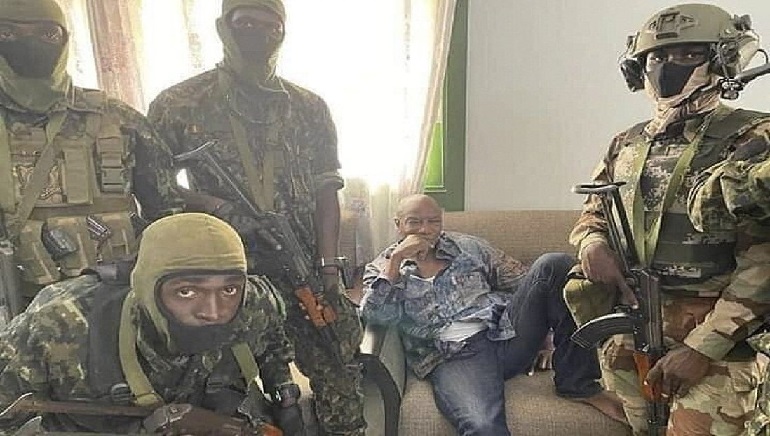 An unverified video is circulated where Guinea’s President Alpha Conde is seen surrounded by the soldiers who claim to seize power of the nation. The video appeared on national television and claimed to have dissolved the government.

The defense ministry contradicted the video and said the attempted takeover had been thwarted by the presidential guard. Meanwhile, hours of heavy gunfire near the presidential palace in the capital Conakry was heard.

The immediate release of President Conde is demanded by the UN secretary Antonio Guterres and the African Union. They also condemned the act by the apparent coup. People who are behind the coup said that they have closed all land and air borders for a week.

The nine unnamed soldiers draped in the red, golden and national flag said that they took over the nation due to rampant corruption, mismanagement, and poverty. They will be creating new consultation which will be more inclusive as they have dissolved the old one.

President Conde, 83, was seen sitting barefoot on a sofa wearing jeans and a printed shirt. However, he did not have any visible injury. In the video, the coup even asked the president to confirm that he was unharmed but Conde refused to respond.

The whereabouts of the president are currently unknown.