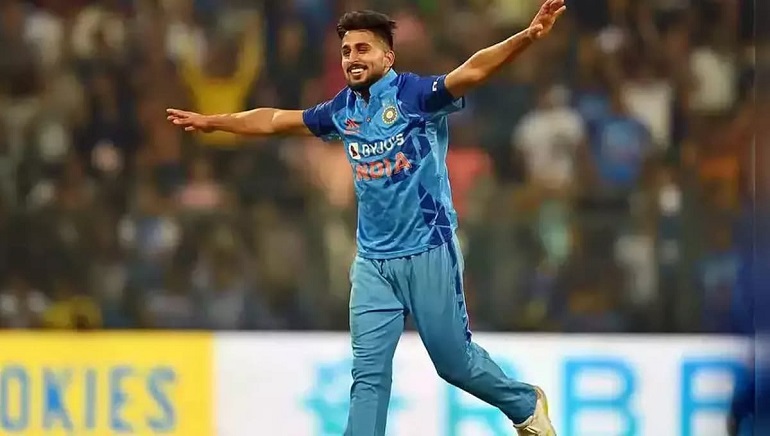 Indian bowler Umran Malik clocked a speed of 155 kmph as he got Sri Lankan batsman Dasun Shanaka out in the first India versus Sri Lanka T20I match. It was also the fastest ball of the match.

Team India began the series with a two-run victory over Sri Lanka in the 1st T20I in Mumbai on Tuesday. Shivam Mavi, who made his India debut in the clash, was the star of the show with four wickets at 22 runs in four overs.

Mavi found support from Umran Malik, who outshone others with his ferocious pace. The pace sensation returned with two wickets and conceded 27 runs in four overs. During his spell, Malik delivered the fastest ball of the match, at 155 kph. The ball helped India get rid of Dasun Shanaka, who was caught by Yuzvendra Chahal at extra cover for 45 off 27 balls.

Umran Malik has now beat Jasprit Bumrah’s record for clocking the highest speed among Indian pacers. Bumrah’s highest speed to be recorded so far stands at 153.36 kph. He is followed by Mohammed Shami at 153.3 kph and Navdeep Saini at 152.85 kph.