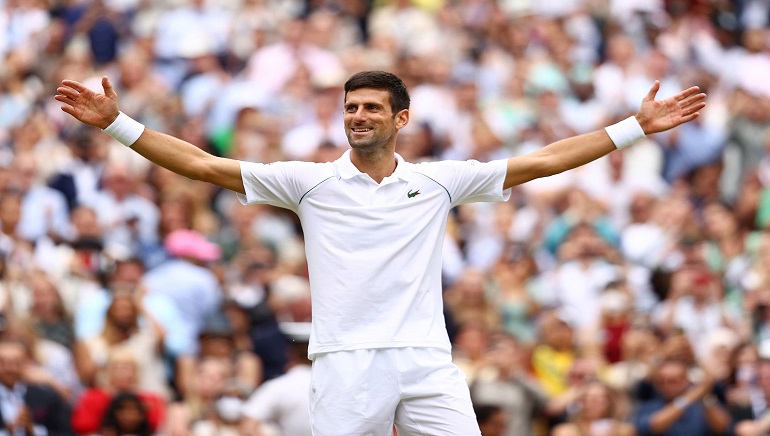 This year at Wimbledon, the first-round video of the match between Novak Djokovic and Jake Draper is gaining popularity over the internet. Novak Djokovic has become a legend in tennis after winning the match. Novak leaves his fans surprised and impressed every time he takes the court.

Novak left his fan’s amazed after winning his sixth Wimbledon title this year and gave a preview of his upcoming match against Jack Draper. The match against Draper was won by Djokovic in just 46second. After the winning video was frequently shared on social media, it has gone viral and is trending on various digital platforms.

The video exhibits the player belt out four consecutive aces in a row at over 100mph. The video was officially shared on the YouTube page of Wimbledon on June 29. In his recent victory, Novak won the first three grand slam titles of 2021. Since its posting, it has been viewed over 866,243 times.

The chairman of RPG Group Harsh Goenka could not stop himself from sharing the video on Twitter and admired the win. The same video was shared by many other known celebs like Dr. Shriram Nene, Ramesh Sethu, and many other users and calling Novak the “Ace King”.