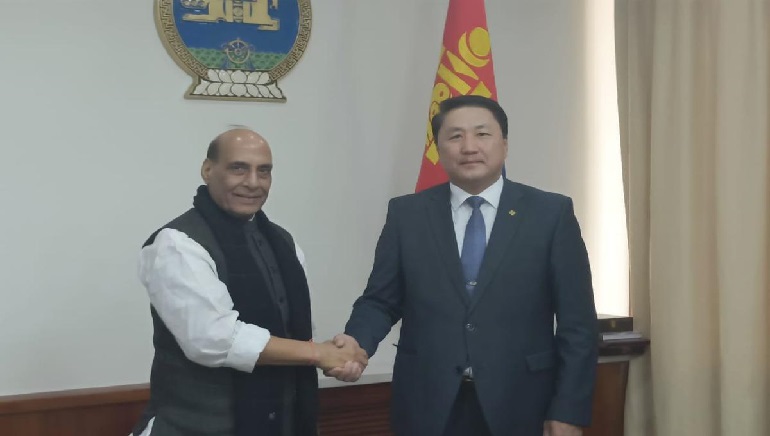 On September 6, Rajnath Singh met with Mongolian counterpart Saikhanbayar Gursed in order to boost defense cooperation between the two countries. His visit to Mongolia between September 5 and 7 is the first visit by an Indian defense minister to an East Asian country.

Mr. Singh is on a five-day visit to Mongolia and Japan beginning Monday with the aim of enhancing India’s strategic and defense ties with the two countries amid a shifting regional security matrix and geopolitical turmoil.

On September 8 and 9, the Mongolian Defence Minister will visit Japan for two days. On September 8, there will be a ‘2+2’ dialogue. Five months after Japan’s prime minister visited India for the annual Indo-Japanese summit, the dialogue is taking place.

The Defence Ministry announced Mr. Singh’s visit to Mongolia on Sunday, saying it will further consolidate defense cooperation and strategic partnerships between the two nations. A statement said that Mr. Singh would meet with Mongolia’s Minister of Defence Lt. Gen. Saikhanbayar as well as President U. Khurelsukh and the Chairman of the State Great Khural (parliament) G. Zandanshatar.