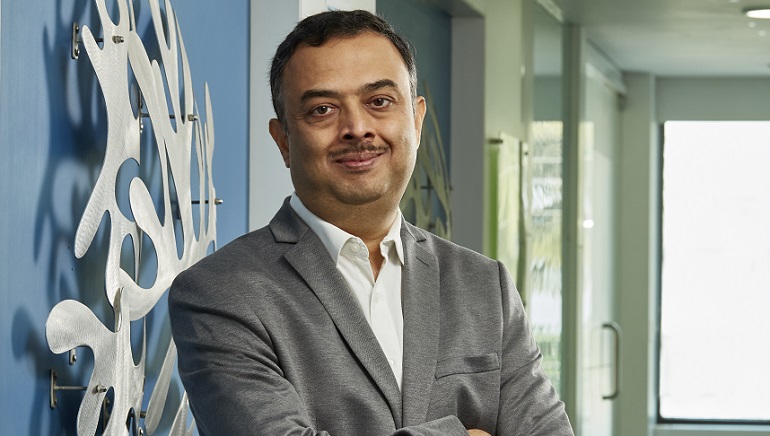 Futuristic, perseverant, and affable, Mr. Girish has all the qualities required to be a pioneering entrepreneur. Coming from a family of business owners, he has all the insights and experience needed to understand every aspect of the business world.

Today, Mr. Girish is putting everything he learned into turning his company into a global enterprise. As a co-founder and CEO of Greytip Software, he has enabled more than 15,000 businesses to streamline their HR & payroll activities.

The year was 1994. Mr. Girish had recently completed his B.E. (Computer Science) from SJCE, Mysore. But instead of going for a traditional 9 to 5 job in a multinational, he decided to follow his entrepreneurial spirit.

Along with his college friend Sayeed Anjum, he laid down the foundation of Greytip Software. They first created a bulletin software that received an offer from Unilever. In 1988, he moved the company to Bangalore and created a 15-member company.

They did in-depth market research and started focusing on creating products that would redefine how HR departments work on payrolls. In 1999, the company launched the first payroll module and had about 40 clients who used it for basic payroll software needs.

As the years passed, Greytip Software became greytHR, with a customer base of over 5000 customers. Under Mr. Girish’s leadership, the company expanded its operations to some of India’s megacities, such as Mumbai, Chennai, Hyderabad, Delhi NCR, and Pune. It also went international with its presence in the UAE.

Developing the right product wasn’t the only thing that helped Mr. Girish establish greytHR as a market leader. He always believed that a proficient team is a key to a successful business. That’s why he insists on creating a healthy workspace where people are not just employees but leaders in their own sense. He supports the senior team members as he considers them experts in their respective areas and believes they are better decision-makers in their fields. For this, Mr. Girish encourages a participative style, where he believes every team member should be able to contribute.

Mr. Girish has always been cognizant of his clients’ needs. He did not start the company out of thin air. He and his partner first found a niche that they believed was a critical issue many companies faced at that time.

After working tirelessly, they developed India’s most reliable and cost-effective payroll solution on the cloud. They took the classic SaaS model and modified it as per the needs of the Indian companies. It clicked, and then there was no looking back. Later, Mr. Girish focused on bringing more effective and creative solutions to the portfolio. His innovative strategies and perfect leadership enabled greytHR to process 15 Lakh+ user records monthly. His company’s clientele is also remarkable and includes Hindustan Unilever, Deloitte, Capgemini, Toshiba, Healthify Me, Scotiabank, Dunzo, Rapido, Hutchinson, ClickDesk, Clovia, and Jamboree.

BEING A GUIDING LIGHT

The journey of Mr. Girish is no less than an inspiring tale for many Indian entrepreneurs. To help and guide these new-age businesspeople, Mr. Girish always shares his thoughts and life journey on different platforms.

He is one of the founding members of iSPIRT (Indian Software Product Industry Round Table), a think tank for the Indian software products industry. Mr. Girish is also a mentor at the Founder’s Institute, India.