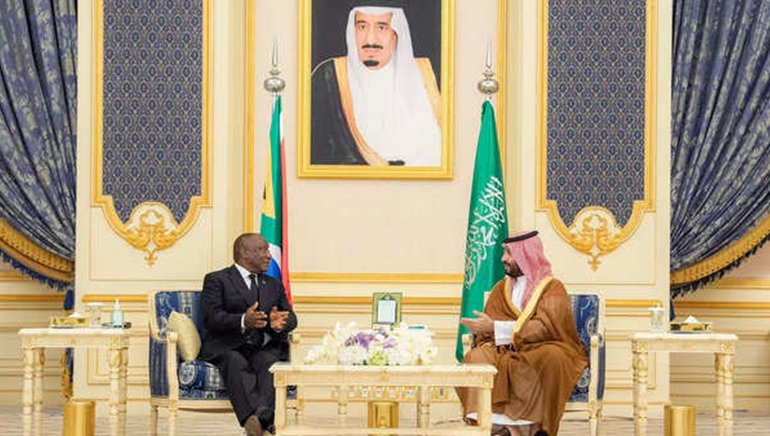 South African President Cyril Ramaphosa’s visit to the Kingdom of Saudi Arabia was summarised by signing a series of memorandum of understanding (MoU) between both countries. As per the report shared by a Saudi state news agency on Monday, the estimated value of those memorandums of understanding is worth more than $15 billion. Both countries agreed on cooperation in the field of agriculture, aquaculture, fisheries, and direct investment cooperation.

South African President Cyril Ramaphosa arrived in the Kingdom of Saudi Arabia on Friday, October 14, for a State Visit, which concluded on October 16, 2022.

Along with President Ramaphosa, Mohammed bin Salman, the Crown Prince of Saudi Arabia, welcomed the signings and stressed the importance of building cooperation and consensual ties between the two countries.

The meeting between these two leaders was meant to discuss business and economic collaboration. During the meeting, they discussed boosting cooperation between the two countries in the field of the private sector.

Both leaders also applauded the efforts of the Saudi-South African Joint Committee, an undertaking to enhance cooperation between the two countries. The joint committee’s vision also falls in line with the plans of South Africa’s National Development Plan 2030 and the Kingdom of Saudi Arabia’s Vision 2030.