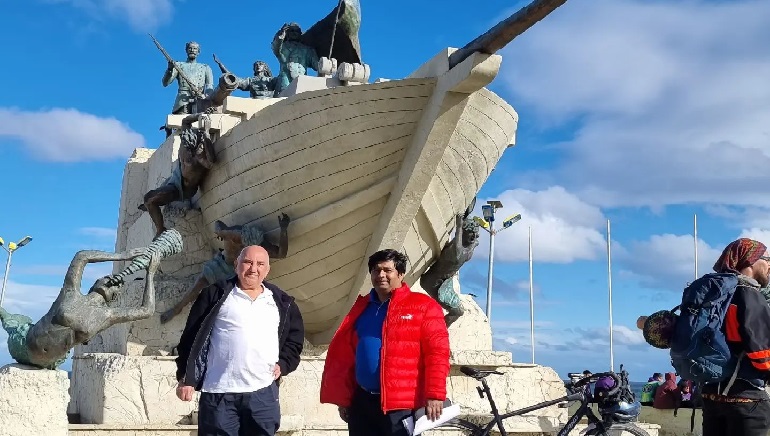 The Indian duo completed their journey in 3 days, 1 hour, 5 minutes, and 4 seconds. Dr Khawla Al Romaithi of the UAE formerly held the record, which she set in February 2020, and was 3 days, 14 hours, 46 minutes, and 48 seconds.

Beginning on December 4, the Indian men covered Antarctica, South America, Europe, North America, Africa, Asia and Oceania in the shortest and fastest time possible. Their journey came to an end in Melbourne, Australia on December 7.

Dr Ali Irani has served as a physiotherapist for the Indian cricket team. He has, so far, travelled to 90 countries. Sujoy Mitra quit the corporate world to travel. He has travelled to 173 countries. Dr. Irani called his recent achievement to be a great pleasure and privilege. Creating a world record by doing something they were both greatly passionate about was a humbling experience, he added.