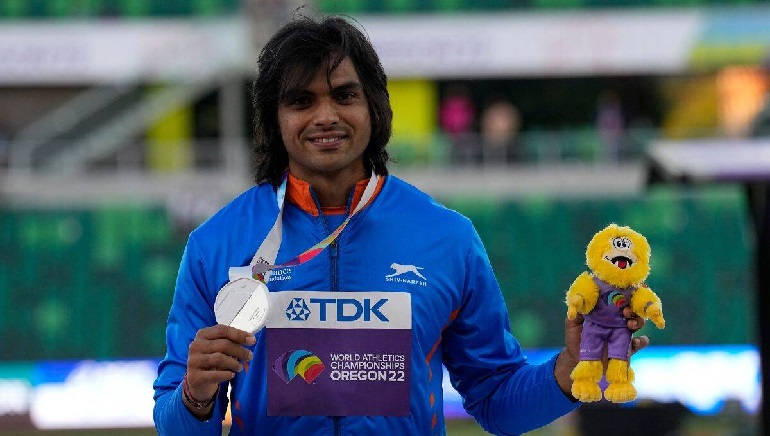 On Sunday, ‘India’s Golden Boy’ Neeraj Chopra created yet another milestone in Indian history by winning India its very first silver medal in the World Athletics Championships 2022. His best effort of 88.13m in Hayward Field was a little short of Anderson Peter’s gold medal mark of 90.54. In the meantime, Jakub Vadlejch won his bronze with 88.09m.

With a foul throw, Neeraj opened the competition before producing throws of 82.39m and 86.37m in the opening round. He threw a massive 88.13m throw during his fourth attempt in the final to secure a historic silver medal at the World Athletics Championship, but his fifth and sixth throws were fouls, as he finished second in the World Championships final.