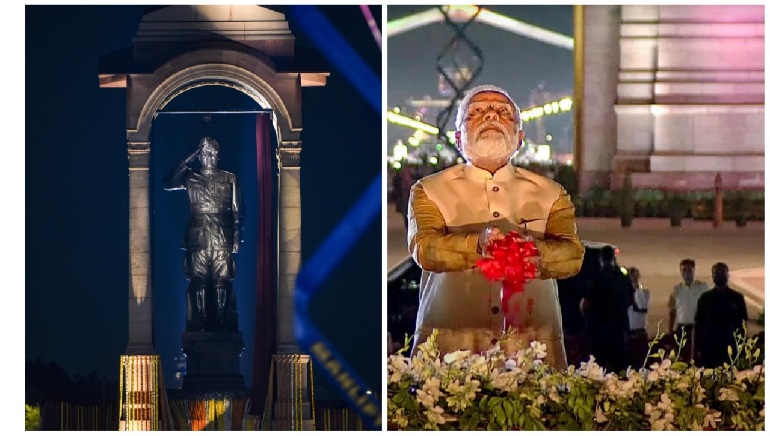 A grand ceremony was held on Thursday to inaugurate the newly christened Kartavya Path between Rashtrapati Bhavan and India Gate, formerly known as Rajpath. Under the Central Vista redevelopment plan, this is the first project to be completed.

As part of the redevelopment of the Kartavya Path, the scenic landscape, lawns, and walkways will be beautified, green spaces will be added, canals will be refurbished, new amenity blocks will be constructed, and signage and vending kiosks will be improved.

In addition, he unveiled a 28-ft-tall statue of Netaji Subhas Chandra Bose at India Gate, paying floral tribute to the legendary freedom fighter. Several Union ministers attended the event with the PM.

As part of the revamp of central vista in Delhi, the PM integrated with the workers. At the next republic day parade, Modi will invite all of the Shramjeevis (workers) who worked on the Central Vista redevelopment project. Besides walking along the gallery, the PM looked at the nine-decade evolution of Central Vista Avenue on the India Gate premises.

A revamp of Central Vista is part of the Modi government’s ambitious redevelopment project worth 13,450 crores, which includes a triangular Parliament building, a central secretariat, a new residence and office for the prime minister, as well as a vice president’s enclave.