The bilateral relations between Egypt and Djibouti are being “reinforced” 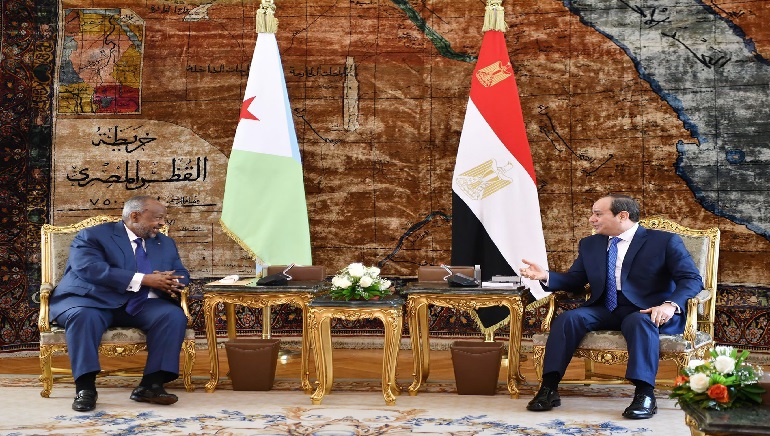 The bilateral relations between Egypt and Djibouti are being “reinforced”

On Monday, February 7, Egyptian President Abdel Fattah el-Sissi hosted Djibouti’s President Ismail Omar Guelleh. The Ethiopian Renaissance Dam project, which is being built on the Nile River, was discussed by the heads of state.

On Monday, the president of Egypt met with his Djiboutian counterpart. It was part of Egypt’s efforts to strengthen African alliances in the midst of a water dispute with Ethiopia. During the Cairo talks, Abdel Fattah el-Sissi and Ismail Omar Guelleh discussed Ethiopia’s controversial dam on the Nile River’s main tributary. Egypt considers the dam to be an “existential threat.”

Guelleh and his Egyptian counterpart talked about strengthening bilateral relations at all levels. He said in his statement, “We shared our visions and views concerning various topics and issues that are of mutual interest, we also agreed on the importance of taking the relationship between the two countries to new horizons”.

The visit by Guelleh to Cairo comes more than eight months after el-Sissi paid a visit to the national capital of the Horn of Africa. After Djibouti declared independence in 1977, El-Sissi was the first Egyptian head of state to land on its soil.