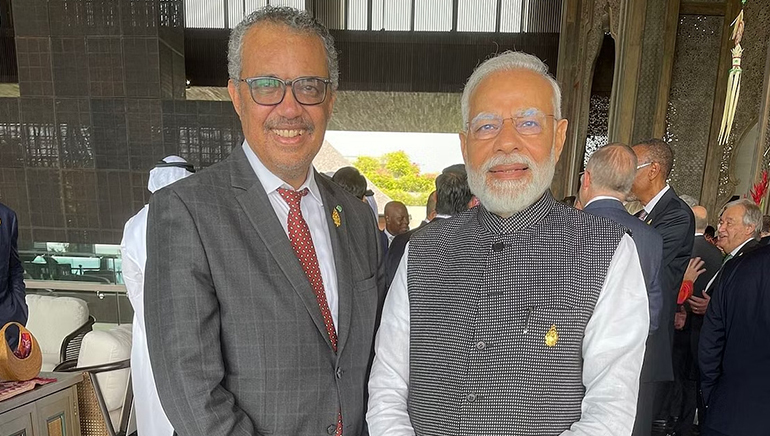 The centre, supported by India’s investment of $250 million, aims at exploiting the potential of traditional medicine from around the world through modern science and technology to improve the health of people and the planet, says the WHO.

In a tweet, Ghebreyesus said, “Thank you #India Prime Minister @narendramodi for your collaboration with @WHO on hosting and building the global traditional health centre. Together for #HealthForAll! #G20.” The WHO chief, who is in Bali to attend the ongoing G20 summit, also posted a picture of him with the Prime Minister at the summit.

In response, the Prime Minister tweeted, “Happy to have met you in Bali, @DrTedros! India is committed to doing everything possible to build a healthier planet.”