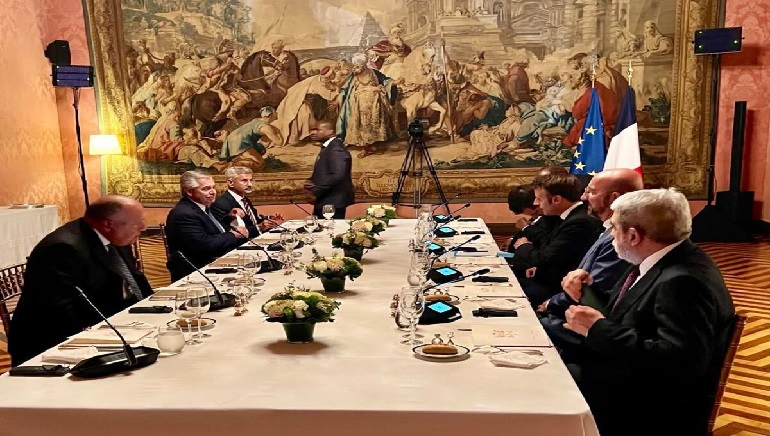 At the United Nations headquarters in New York on Tuesday (local time), EAM Dr S Jaishankar met with three presidents and four foreign ministers during the 77th session of the UNGA.

Mr Jaishankar is currently in the United States for the United Nations General Assembly (UNGA). During his trip US, he interacted with France’s Emmanuel Macron, Ghana’s Nana Akufo-Addo, and Comoros’ Azali Assoumani. Jaishankar met with the president of Ghana at the UN in New York to talk about the continued collaboration between India and Ghana.

Apart from that, the External Affairs Minister also met four of his counterparts including Denis Moncada from Nicaragua, Alexander Schallenberg from Austria, Najla al-Mangoush from Libya and Mevlut Cavusoglu from Turkiye.

The nordic relationship, Afghanistan, Ukraine, and climate change were all on the agenda of conversation during Jaishankar’s discussion with the Norwegian Minister.