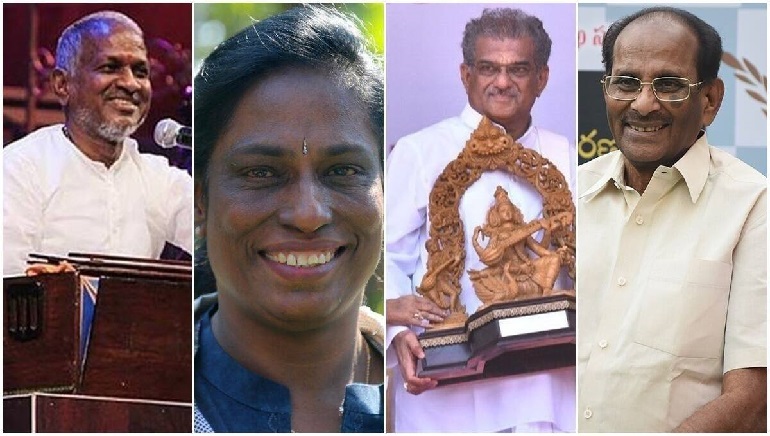 On Wednesday, Music maestro Ilaiyaraaja from Tamil Nadu, sports icon P T Usha from Kerala, acclaimed screenwriter V Vijayendra Prasad, Telangana, and philanthropist and spiritual leader Veerendra Heggade from Karnataka were nominated to the Rajya Sabha. All the nominees have been recognized nationally and globally for their respective career achievements.

Post-retirement, PT Usha has started Usha School of Athletics where she is training 1– national and international-level athletes. Mr. Prasad has been associated with the creative world meanwhile, Mr. Heggade is the Dharmadhikari of the Dharmasthala Temple for decades and has established

Prime Minister Modi Tweeted for all the nominees individually. For Ilaiyaraaja he tweeted, “The creative genius of @ilaiyaraaja Ji has enthralled people across generations. His works beautifully reflect many emotions. What is equally inspiring in his journey- he rose from a humble background and achieved so much. Glad that he has been nominated to the Rajya Sabha”.

The nomination came a day before Mukhtar Abbas Naqvi of BJP and RCP Singh of JD (U) will resign from the Union Cabinet which signals a political message as the ruling BJP has nominated all-new RS candidates from southern states, as their next growth. Their Rajya Sabha term is ending on Thursday.