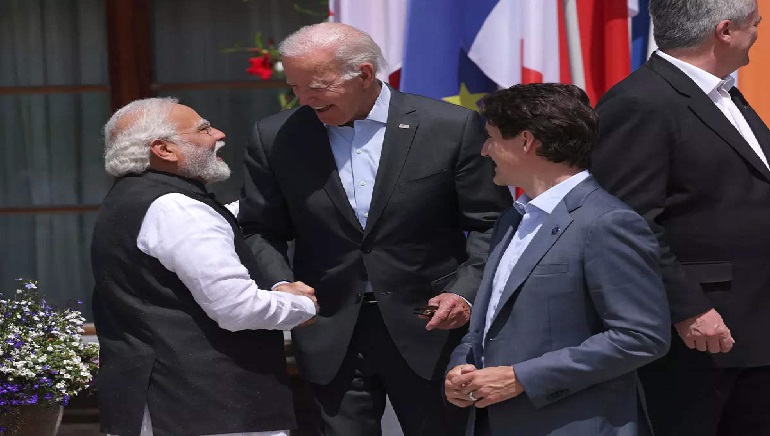 On Monday, Prime Minister Narendra Modi expressed his optimism that the wealthy nations of the G-7 would support India’s efforts to combat climate change and extended an invitation to them to take advantage of the enormous market for clean energy technologies that are developing in the nation. He asserted that India’s commitment to its climate commitments is clear from its performance.

PM Modi emphasized India’s achievements during his speech at the G7 Summit session on “Investing in a Brighter Future: Climate, Energy, and Health.” He claimed that India had met its goal of 40% non-fossil energy capacity nine years earlier than expected.

He said, “The target of 10% ethanol blending in petrol has been achieved five months ahead of schedule.” India has the world’s first fully solar-powered airport. India’s huge railway system will become “net zero in this decade”

He further added that investing in research, innovation, and manufacturing in this area is an option for G-7 countries and that India can provide a scale that can make a new technology affordable for the entire world. He also said that Indian culture and lifestyle have long been incorporated into the circular economy.