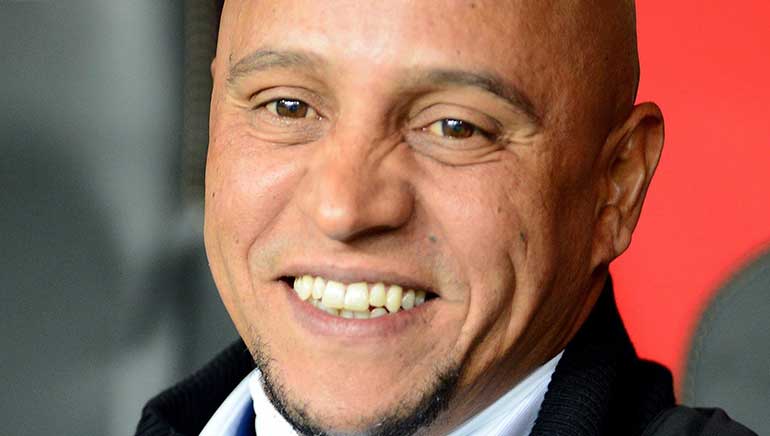 The former Brazilian defender and a Real Madrid star-player Roberto Carlos reinforced the close ties between Brazil and the UAE with his attendance at the concluding night of the fourth Nad Al Sheba (NAS) Ramadan Sports Tournament. Carlos was a special guest at the final of Futsal competition in Dubai where Al Joker was crowned as the winner.

Carlos was excited to be present at the nail-biting finale of the Futsal competition and asserted that he is a keen follower of the Futsal games. He emphasized on the development of Futsal at the foundation level among the young players as it can improve their skills a lot. “Nearly every great footballer has played futsal at some point of his life. Futsal gives you the basics and we need to encourage our youngsters to play futsal during their growing years. Futsal is the right sport that can only be helpful in aiding the development of players,” the ace footballer insisted.

He also acknowledges football as the biggest bond connecting the two nations. “Football and football players have long been the biggest ambassadors for Brazil all over the world. I feel proud to be at this wonderful sports complex and witness such an exciting and close final between two great teams,” Carlos said during an interview at the event. “One of the salient points in developing football has been this Brazilian connection with countries all over the world, and I am pleased to see this close connection between the UAE and Brazil,” he added.

In an 11 year long club career with the Real Madris, Carlos played a total of 584 matches matches in all competitions and scored 71 goals, in the process winning for La Liga titles and three Uefa Champions League crowns. The annual Nad Al Sheba Sports Tournament takes place during Ramadan each year. A number of exciting sports competitions like paddle tennis, archery, volleyball, and running are organized to celebrate the spirit of Ramadan as developing the mind and body are integral parts of the month. The tournament this year was held under a new theme ‘Limitless Abilities’ in keeping with the aim to encourage sports for special needs athletes.