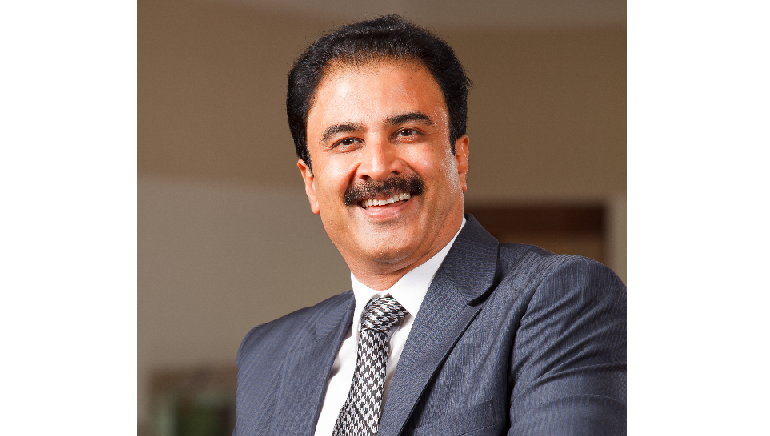 Having completed the silver jubilee of his successful entrepreneurial journey, Sanjay Ghodawat is riding the success wave with élan. Inspired by the vision and ideology of Business Tycoon Sir Ratan Tata, he has ventured into multiple industries from Salt to Airline. A mechanical engineer by qualification, Sanjay is efficiently leading the SG Group as Chairman and is the President of Sanjay Ghodawat University. A visionary, he anticipated and understood the needs of the future and successfully expanded the Group into many industries dealing with manufacturing, producing and providing services of various categories, which fulfil the day-to-day needs of humankind.

With a keen eye for business, Sanjay guided the cultivation of Flowers, Fruits and Vegetables for domestic and overseas markets. Under his exemplary leadership, the Group further expanded the wings of business opportunities and set up multiple plants in Kolhapur district for manufacturing of various Consumer Products under the brand name ‘STAR’. The brand offers various staple products like rice, edible oil, sugar, jaggery, wheat flour and impulse products like Snack Foods, Beverages and Ready to Cook items. This complete range enabled STAR to emerge as a popular brand due to its authentic taste which was readily accepted by the local population.

Having understood the future demand of the industry and various Real Estate Residential & Commercial projects, at different locations in Maharashtra and Karnataka, Sanjay’s successful venture into the real estate sector was another feather in the Group’s highly decorated cap. He has also successfully explored Marble Mining and Textile Manufacturing sectors.

BUILDING THE FUTURE OF THE NATION

With a belief that education is the building block of the nation, Sanjay set up a world-class education campus near Kolhapur in 2010, which is today known as Sanjay Ghodawat University (SGU). It has an exemplary campus maintaining the mantra of Cleanliness with absolute authenticity. SGU was awarded the “Best Upcoming Private University” of the State by Navbharat Times. This campus fulfils dreams of over 15,000 futuristic young brains and nurtures them by providing them with world-class educational facilities combined with international standard of education with the support of its able and dedicated faculty. He has set high benchmarks of excellence for the institution and intends it to secure a place among the top 200 universities of the world.

A certified and trained pilot for Helicopter & Fixed Wings Airplane, Sanjay started his journey in the aviation business with threehelicopter charter service business in 2014. Thereafter, he launched ‘STAR AIR’ as a national schedule airline with a vision to connect the Real India in the year 2019. The airline was launched with the purpose to connect all Tier 3 and Tier 4 cities of India, which would allow the common people to fly at affordable prices.

With a quest of marching towards a sustainable future, and being well aware of the growing demand for electricity in India, Sanjay decided to step into renewable energy sector. Under his able leadership, the Group is one of the pioneer investors in this sector in India and possesses a capacity over 150 MW of Wind and Solar power generation.It has also started Renom, which is now India’s largest Independent Service provider to Renewable Energy industry with 1000 MW under management and has over 33 site offices across 6 states in India.

Sanjay has always remained true to his mother’s injunctions, who had told him to always strive to do something for the society, especially the future generation. Carrying forward this noble vision, the Sanjay Ghodawat Group not only takes care of the people and families of its employees, but also runs the Tulsi Blood Bank at Udgaon Jaysingpur. A true philanthropist at heart, Sanjay has donated blood 74 times till date. Some of his noble social endeavours include the Blind School in Miraj, which he runs to help the National Association for the Blind Society. He also runs ‘Kanya Mahavidyalaya’ to promote Girl Education in Sangli and an Eye Hospital.

Under Sanjay’s able leadership, Sanjay Ghodawat Group is following a mantra of ‘Dream, Plan, Implement’ and works in accord with his vision of constant upgradation and renewal. No wonder he has received numerous awards and accolades for his enormous contribution to the industry and society. Some of these include Game Changers of India Award and Game Changers of Maharashtra Award in 2018 and Inspiring Business Leader Award in 2016 from the Economic Times.

He has received Maharashtra State Vanashree Puraskar at the hands of Mr. Prithviraj Chavan, the former Hon’ble Chief Minister, the Government of Maharashtra. He was bestowed with India’s Most Admired Business Leader 2017 by White Page International and Extraordinary Leadership Award 2017 by Education World.

He has also received 50 Outstanding Educational Entrepreneurs of Nation Award from the World Education Congress in 2013 and Global Young Entrepreneur Award 2013 from Globe Oil India.