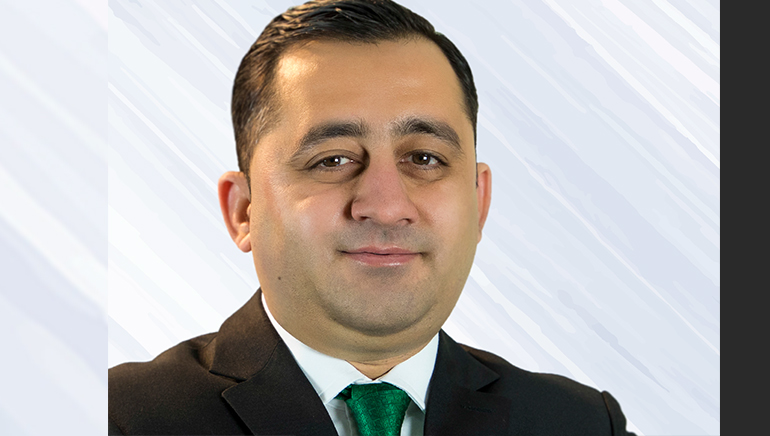 Dr. Omaid obtained his early education from Afghanistan and completed his Post Graduation in Banking & Finance from Pakistan and India. Later, he completed his thesis on Business Administration and Financial Management and obtained the Ph.D. from one of the premier institutions in India. An MBA with specialization in Banking, Risk Management & Finance, he also possesses a Diploma in Information Technology.

With a burning desire to create a niche for himself, Dr. Omaid began his professional career with Azizi Bank in 2006 as a Finance Officer and skillfully succeeded in ascending the steps to become the President and CEO.

During his career span, Dr. Omaid handled various distinctive and prestigious roles gaining rich & extensive experience in Finance & Accounting, Corporate Accounts Trade Finance, Corporate Credit Financing, Operational Banking, Investment Banking, and Retail Banking. He has been the founding pillar in ensuring Azizi Bank reaches the top of the helm. The bank is now not only considered as the most preferred bank in the country but also internationally recognized for its digital innovation and strong corporate governance.

Under his dynamic leadership, Azizi Bank has emerged as the largest bank in Afghanistan with more than 140 branches along with its 100% subsidiary bank—the Islamic Bank of Afghanistan, the country’s first full-fledged Islamic bank. What’s more, Azizi Bank also has a fleet of more than 100 ATMs – the highest in the country.

The business strategies of Dr. Omaid are based on five core values – operational excellence, customer focus, product leadership, people management, and sustainability. As a committed enthusiast, Dr. Omaid strives to establish a high quality and state-of-the-art private Afghanistan Bank with a vision of “Building the Best Quality Afghanistan Bank with World Class Services” by 2020. Under his leadership, Azizi Bank has steadily evolved as the Professionals’ Bank of Afghanistan with exemplary business and financial outcomes.

Dr. Omaid’s success is truly exemplary and can be attributed to his hard work and professionalism put in over the years. His diligent, meticulous, and scrupulous approach combined with an eye for detail and efficient decision-making abilities has led him to become an idol for many. His career graph is a dream that much nurture, but only the ones with a consistent drive like him achieve and reach the epitome of success.

Dr. Omaid’s experience and zeal for excellence have won him several international accreditations. He is the only Afghan who has been conferred upon with the honorary Professorship of Academics, Oxford. Under his able leadership, Azizi Bank was awarded the title ‘Bank of the Year-Afghanistan’ by Wealth and Finance (W&F) magazine in 2018.

He has also been awarded by the Government of Afghanistan for playing an effective role in the development of the Afghan banking sector. Additionally, the Ministry of Defense has honoured him for establishing a proper and transparent salary payment system for the Afghan soldiers. He has received Promising Young Banker Award from the Asian Banker, Singapore; Queen Victoria Badge by the Europe Business Assembly, the UK; and Best Private Banking CEO Award, Afghanistan, at the South Asian Partnership Summit – A SAARC initiative.

He is the Chairman of the Afghanistan Banking Association and the Banking Commission of the International Chamber of Commerce, Afghanistan chapter; in addition to being the Member of the Europe Business Assembly, the UK; and the World Confederation of Businesses, the USA. He also serves as a Guest Faculty at the various universities of Afghanistan.