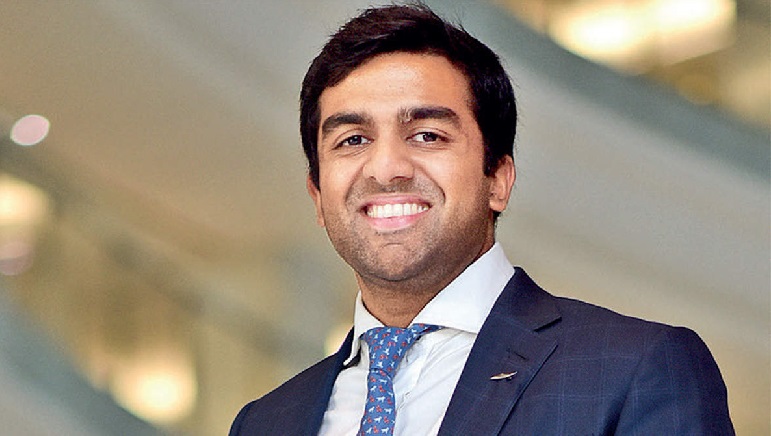 He is graduate in Economics and Political Science from Brown University. Mr. Parth Jindal earned his MBA from Harvard Business School in 2016. He joined the JSW Group as an Economic Analyst in 2012 and did a secondment with JFE Steel Japan for six months.

Under his leadership, JSW Cement has extended its footprint to UAE’s Fujairah for setting up a 1 MTPA clinker unit which will serve the company’s manufacturing units in coastal India. This investment will not only contribute to the economic development of Fujairah but also, create direct and indirect job opportunities in the region.

Currently, JSW Cement is the youngest among the top 10 cement companies in India with a capacity of 14 MTPA. JSW entered the Cement market with a vision to ensure a sustainable future for the country by producing eco-friendly cement, with its steadfast commitment to business values, sustainability norms, and quality has already carved out its niche in the cement industry. It has the vision to grow its cement manufacturing capacity to 25 MTPA by 2023.

As Managing Director of JSW Paints, which was formally launched in 2019, Parth Jindal has an ambitious roadmap for the coming years. The company will offer a complete range of water-based paints for interior and exterior walls, wood, metal, and other surfaces in homes.

Parth has a keen interest in sports. He launched the Inspire Institute of Sport (IIS) in Vijayanagar in 2018. This worldclass training center recognized by the Sports Authority of India provides the most advanced infrastructure, coaching, and sport science guidance to Indian sportspersons and coaches preparing for Olympics. JSW Sports is associated with champion teams like Bengaluru FC, Delhi Capitals and Haryana Steelers and athletes like Neeraj Chopra and Sakshi Malik, who has gained recognition in the world for their skills and spirit.

Parth was recognized as one of GQ’s 50 most influential Young Indians in 2018. He received Economic Times 40 under 40 awards and was felicitated by News 24, as 2018 Youth Icon for his contribution to the nation. He was also felicitated by the Govt. of India for his contribution to society and for helping the nation make a mark globally. Under his leadership, JSW Sports has been awarded the Best Company Promoting Sports by FICCI India Sports Awards.

What’s more, the Indian Government’s Rashtriya Khel Protsahan Puruskar was bestowed upon JSW Sports for its contribution to the field of sports. The multitalented leader has just embarked on his monumental journey of growth, and the beginning has been truly remarkable.